Return of the Failed Toll Gates: Another Fatal Distraction 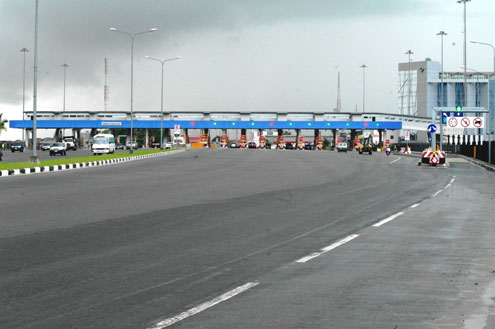 By Hon. Josef Omorotionmwan
Some students of Keynesian Economics might be easily persuaded to buy into the idea that there are similarities between Keynesian Economics and what the Nigerian authorities are currently doing with the toll gates on our Highways. But they would soon understand that in the motivation behind each idea makes the essential difference. While Keynesian Economics was projected on the need to assist the poor in society, the toll gates on our Highways have thrived in corruption and associated vices.
Lord John Maynard Keyens (1883 – 1946) was an ardent believer in the concept of full employment. He would readily accept that to the unemployed, unemployment rate was 100 percent. To him the government that tells the youth who is able and willing to work that there is no job is a bad government. Where there is no job, they must create it.
Keyens argues rather eloquently that if push comes to shove, you could employ some youths to dig a pit at the end of which you pay them. After that, you could engage the same youths to cover the pit; and you pay them. So life goes on. The idea here is that there must be a job for every able-bodied adult.
We are simply doing a macabre dance on the toll gates on our Highways. They are here today and gene tomorrow depending on which side of the bed we wake up. In the beginning, we had the idea of using what was collected on the toll gates to maintain the Highways and build new once. But as soon as the Nigerian factor crept in, the toll collectors collected into their pockets and virtually nothing for government. Toll collectors who were mainly school drop-outs, became rich overnight – owning sprawling estates in major cities across the land.
At a point, Government was compelled to contract the collection of tolls to private hands. That was still worse. The toll gates were given out to political cronies at ridiculously low prices. The revenue that came from the toll gates was on a ratio of 1:29 in a month of 30 days the collection for one day went to government cofers while the collection for the remaining 29 days went to the contractors. It was a bare-faced robbery on government! The government soon got sick and tired of this sordid affair the decision to finally abolish the toll gates was greeted with popular acclaim for across the land before then, there had always been this lingering argument that what is good for the south should also be good for the North. Put differently, the concept of equality of states should not be a term in the abstraction, it must be real in all ramifications.
The revenue accruing from the toll gates comes predominantly from the Southern part of Nigeria. Yet, at the end of the month, the revenue is shared among the Federal Government and the States.
One example here will suffice:
The distance from Lagos to Asaba is about 439 kilometres. This short stretch has five toll gates. The distance from Abuja to Sokoto is about 650 kilometres. This long stretch has only three toll gates. When we consider the equality of states, there should be at least seven toll gates in the latter if we must retain the five for the former. Fair is fair.
In abolishing the toll gates, government cited the attendant corruption and the inconveniences caused users of the Highways. In essence, the journey from Lagos to Benin City which was hitherto about 3 hour became more than 7 hours. During the yuletide season, it was not unusual for travelers from Lagos to the South Eastern states to spend two to three days to get home; no thanks to the congestion at the toll gates.
Meanwhile, because of the scanty toll gates up North, our Northern brothers were having a free traffic flow all the way.
Suddenly, the current Administration is bringing back the toll gates. Another policy summersault! But they are not talking to us. They certainly know more than we do; and that’s how it should be. What has now changed to necessitate the return of the toll gates? Could the Administration have stumbled into a Divine arrangement under which Angels are being brought from heaven to man the toll gates? Have they also mapped out the provision of more toll gates in the North so that all states will be truly equal in the new scheme of things?
Truly, when we lack enough wisdom to do, wisdom consists in not doing at all. Where the Federal Government cannot resolve the lingering questions in the affirmative, it has no business stampeding itself into re-enacting the failed toll gates. In a manner of speaking, let the sleeping dog lie, particularly when it is not lying on your bed. For all we know, this administration is not short of what to do. The long list of promises made during the 2015 electioneering campaigns are still yearning for fulfillment! Why now shopping for old wounds to revive?

Konga offers 60% discounts on ‘Back to School Items’