Africa must strengthen its democratic institutions if it is to experience sustained economic growth and effective national transformation, Dr Akinwumi Adesina, President of the African Development Bank (AfDB) has averred.
He said many institutional and governance deficiencies had for long hindered the capacity of African countries to build the level and density of productive activity for economic transformation.
Speaking at a virtual public lecture in Ghana recently, the former Nigerian Minister of Agriculture and Rural Development said African leaders must make its democratic institutions stronger to fight the numerous vices that hindered the continent’s economic progress.
Business Hilights Ghana Bureau Chief, reports that the Ghana News Agency (GNA) quoted him as saying that “Integrity, Leadership and Stewardship for National Transformation in Africa,” Organized by the Network of Intercessors for Africa and the SALT Institute, and aimed at soliciting ideas for the transformation of Africa.
Continuing, Dr Adesina averred that “To experience sustained economic growth and effective national transformation in today’s highly complex society, Africa must strengthen its democratic institutions. Leaders must demonstrate integrity and fairness to all sector of society to prevent conflicts and threats to national stability and cohesion which in turn adversely affect economic growth.”
He said, in some African countries, political power rested on proceeds from state capture, rent and corruption that had for decades, defied solutions and continued to generate persistent inequities.
These vices, he explained, were responsible for much of the continent’s economic underperformance.
“Poor governance and corruption erode state capacities. It makes it impossible to provide the adequate public services and it creates a sense of exclusion among the diverse people represented in many countries on the continent.
“Which is why those in leadership positions must be accountable by declaring their performance achievements annually and transparently accounting for their expenditure. Furthermore, supreme audit institutions and auditors with integrity should verify such claims to ascertain their veracity,” he said.
The AfDB President bemoaned the continent’s high unemployment situation and warned of dire consequences if immediate measures were not initiated to curb the trend.
He noted that more than 30 million African youth entered the labour market, however, only enough jobs existed to absorb a mere three million, leaving the continent with a deficit of 10 million jobs to grapple with.
This, Dr Adesina, explained needed serious attention and stringent measures including; investing more in Africa’s educational sector to provide quality education and capacity building opportunities that prepares the younger generation for the jobs of the future.
“Singapore’s rapid economic growth and development was because their most important asset was their human capital and in fact the most important position in the Singapore’s government was not the Minister of Finance, was not the Minister of Industry, but rather the Minister of Education.
afdb 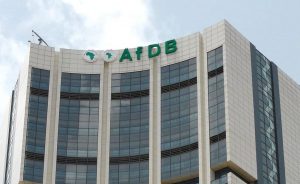 Singapore spent $12.8 billion on education in 2018 and almost $20 billion dollars in 2020. Today, Singapore tops the global rankings in education, it’s spoilt with human capital powering the economy, driven by high-tech industries, electronic manufacturing including; machineries, medical equipment, shipping and global financial services,” he said.
He added that: “Today, over 30 million young Africans enter labour market every year, but currently there are only enough jobs to absorb a mere three million, which means that annually Africa has a deficit of 10 million jobs. If not addressed seriously and strategically the social implication down the road can only be best imagined.
“Therefore, we must put our money where our mouth is and invest in our most precious asset, that is, our young children and our vibrant youth. To do that, we must strategically build a new leadership partner that places the younger generation at the centre of our policy formulation and development agendas.
“We have a responsibility to provide quality education and capacity building opportunities that prepare the younger generation for the jobs of the future, not the jobs of the past.”