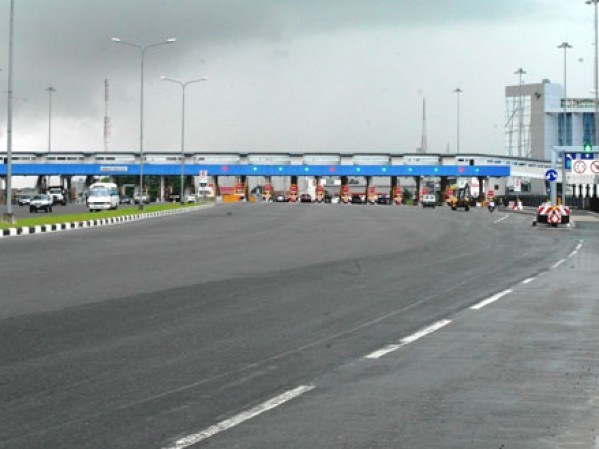 Motorists plying the Lekki tollgate in Lagos are yet to see clear signs of assured reconstruction of identified five major traffic crisis points, more than one month after the State Governor, Mr Babajide Sanwo-Olu held a comprehensive stakeholders meeting to resolve the gridlocks.

During the meeting, the Managing Director of Planet Projects Limited, Mr Biodun Otunola, said from the comprehensive studies already carried out, it was discovered that there were five major locations vulnerable to gridlock in the area, which include Sandfill Junction, Akinbolagbe Street, Ligali Ayorinde to Ajose Adeogun, Akinbolagbe Street to Ligali Ayorinde Junction and Muri Okunola Roundabout.

Continuing, he said part of the proposed solutions include the reconstruction of all the deplorable roads in the axis with standard facilities, including drainage system, walkway and streetlight. He said due to the topography of the area, concretised road should be used to replace asphalt to make the road stand the test of time.

Otunola added that “We have also proposed that Akinbolagbe Street has to return to dual carriageway, while most of the roundabouts have to be replaced with signalised light. Some roads will also be classified as One-Way, while old Sandfill-Maroko Road would be constructed to make up for the fact that motorists would no longer be allowed to make left turn at the Oniru Junction of Lekki Expressway/Yesufu Abiodun.”

In his opening remarks at the meeting, Managing Director of Access Bank, Mr Herbert Wigwe, said the partnership was embarked upon to find a lasting solution to the traffic situation along the axis, being a critical commercial zone.

Business Hilights recalls that Access Bank is one of the partners in the PPP model alongside Fidelity Bank and others.

He averred that “The major objective of the arrangement is to re-arrange the traffic architecture in the Lekki-Oniru and Victoria Island axis, with the view to reduce travel time and make life comfortable for everybody”.

“At the beginning of Governor Sanwo-Olu’s campaign, one of the things he said he would focus on is transportation and traffic management. This obviously is a big problem out here. We have engaged in several discussions with the Governor and we have worked with a consultant to carry out very detailed traffic studies of Lekki-Oniru axis with the view to ensure that we eliminate traffic the way it exists today from Victoria Island up to Oniru and Lekki,” Wigwe said.

On the concerns raised by stakeholders, especially land-owners and indigenous families in the area, Governor Sanwo-Olu said although there would always be room for continuous engagement and improvement, the ultimate objective of the planned re-arrangement and re-development of the traffic architecture of the axis, was to reduce travel time and make life comfortable for residents.

According to the Governor, “Further engagement will continue so that the consultant that is working can go back and take a deep dive to see areas that we can still work on. It is collaborative and it is a PPP engagement. The whole idea is that we want to solve the traffic issue around here; we want to improve travel time. Like we said during the campaign, we cannot just be people without solutions to our issues; we cannot just sit back and fold our arms and say that we cannot get anything out of our challenges.

“It is an innovative way of solving the traffic challenges we have around here and the fact is there will be inconveniences in terms of where you usually have two minutes to make a turn or a road that is now one-way. I mean just picture the fact that it took a while when some roads in Victoria Island were made one-way traffic for people to understand, and part of this is that we are not just going to leave the people; there would be massive engagement and we would also work with LASTMA (Lagos State Traffic Management Authority) and other agencies as well as put in place enough of road furniture that would tell you where to turn and the areas you cannot enter. There will also be continuous advocacy so that people can have a clear picture of what we are trying to do.”

After the meeting, the Governor and his team which included the Deputy Governor, the Head of Service, Mr Hakeem Muri-Okunola, and Deputy Chief of Staff, Mr Gboyega Soyannwo, among other top government functionaries, carried out an on-the-spot assessment of the traffic flashpoints in the area, especially from Victoria Island down to Lekki, Ajah, Abraham Adesanya Roundabout, Admiralty Way and Lekki-Ikoyi Link Bridge.

Foreign carriers account for 90% of passengers from Nigerian airports—AON