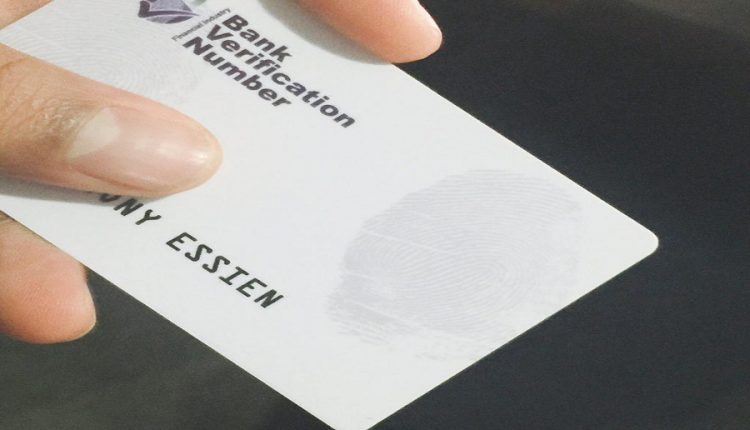 Amongst all official biometric platforms in Nigeria, Biometric Verification Number (BVN) by bank account owners has become the first to cross the 40m mark in Nigeria.

Business Hilights recalls that the Central Bank of Nigeria (CBN), in collaboration with the Nigerian Bankers Committee (NBC), proactively embarked upon the deployment of a centralized Bank Verification System and launched the BVN, in February, 2014. The BVN gives a unique identity across the banking Industry to each customer of Nigerian banks and forms a stronger model of personal identity for transaction security.

Latest statistics released by the Nigeria Interbank Settlement Systems (NIBSS) at the end of December 2019, showed that registration for BVN by bank account owners within the country has surpassed the 40 million mark.

Analysts say the development further showed that BVN remains the most consistent in growth when compared with other official national biometric registrations’, including the National Identity Management Commission’s (NIMC) National Identity Number (NIN).

Checks showed that NIN which was at 28m in 2016 only moved to 38m in 2018 showing average of five million captures in a year.

BVN registrations from 2018 have shown consistent growth having stood at 36.16 million then and 40m in 2019 year end.

The CBN is focused on improving enrolment and has rolled out a BVN lite program which would require minimal information and capture the financially excluded populace within rural communities.

This new policy would improve financial inclusion efforts and aid the NIBSS in achieving the 2020 target of 70 Million BVN registrations. As more Nigerians are captured in the BVN system, banks will be able to effectively assess the credit-worthiness of individuals and organizations and optimally provide credit.

The government may consider harmonising the existing identification databases of Nigerians by merging the BVN with the driver’s license, voters’ card, and national identity card. This will enable the government keep track of a wide range of metrics.