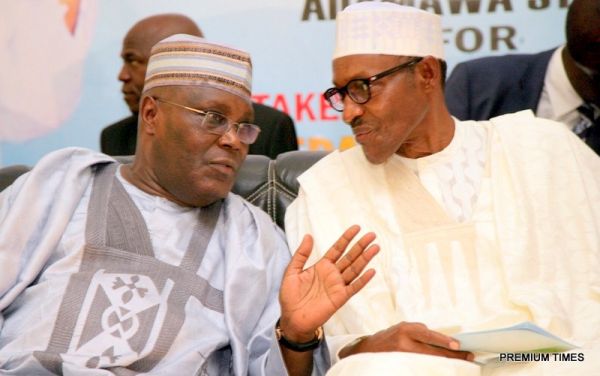 The Peoples Democratic Party’s (PDP) presidential flag bearer at the 2019 presidential election and former Vice President, Alhaji Atiku Abubakar, has raised a question of urgent national importance, querying why Nigeria’s debt burden jumped from ₦12 trillion in 2015 to ₦24.9 trillion in July without any tangible evidence of development to show for it.

In a statement issued by his media adviser, Mr Paul Ibe, Atiku drew the attention of stakeholders in the Nigerian project to the existential threat affecting Nigeria and for which the General Buhari led administration has chosen to ignore.

Recall that last week, Atiku Abubakar urged immediate action to address Nigeria’s unsustainable debt burden. This is especially as the National Economic Council which he chaired in 2006, paid off Nigeria’s entire debt under the leadership of President Olusegun Obasanjo.

Continuing, Atiku argued that “As if to vindicate the former Vice President, the National Bureau of Statistics has released Q1 statistics which revealed that in the first quarter of 2019 (January to March), General Buhari’s regime spent a whopping ₦610.2 billion on debt servicing for domestic debts. Note that these monies were spent on servicing (paying interest) debt, not in repaying debt.

“To put this in perspective, in the first three months of 2019, what Nigeria has spent on servicing domestic debts, so far, is more than the combined entire budget for education and youth development for the whole of 2019.

“How did this happen? How could an administration double our national debt from ₦12 trillion in 2015 to ₦24.9 trillion today and still have no tangible evidence of development to show for it?

“The reason is that no matter how many resources you give a man who does not know how to create wealth, it will never be enough.

“If the current trend continues, Nigeria will have spent ₦2.5 trillion on debt servicing by the end of 2019, a figure that is more than our capital budget. Can a nation survive like this?

“Atiku Abubakar wishes to sound a note of warning, that the deeper we go into unsustainable debt, the more of her independence Nigeria loses to her creditors. The older generation should sacrifice for the youth. We must not be a vampire generation that squanders the financial lifeblood of Nigeria and bequeath financial bondage to the next generation.

“For the avoidance of doubt, not long ago, Atiku Abubakar had outlined a robust strategy for the funding of the country’s development needs without resort to indiscriminate borrowing,” former Vice President averred.

The presidency is yet to reply to the observations of the businessman turned politician.