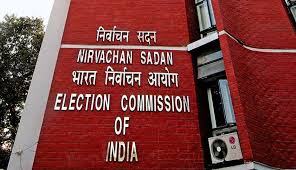 Barely one month after Nigeria’s 2019 general election marred partly by allegations of violence and vote buying in some parts of the country, Electoral Commission of India (ECI), has voided voting in a southern region of the country on accounts of vote buying.
The Commission took the decision after seizing more than 110 million rupees ($1.5 million) they believe was meant to influence the outcome, officials said Wednesday.
AFP reports that it is the first time a ballot has been cancelled in a national election over attempted vote-buying.
The decision comes as Indians vote in a mammoth national election being held over several phases, the next of which begins (today) Thursday.
However, voters in the Vellore constituency in coastal Tamil Nadu state will not be going to the polls as scheduled after the Election Commission of India ruled there were fears of a “systematic design to influence voters”.
The ruling came after authorities seized more than 110 million rupees from a candidate in the run-up to the vote.
The commission said late Tuesday that the environment in Vellore was no longer conducive to “free and ethical” elections.
No fresh date has been announced for polling in the constituency.
Nearly 100 constituencies in 13 states go to the polls Thursday in the second round of the seven-phase election that began on April 11.
Almost 900 million voters are eligible to cast their votes to elect 543 members to the lower house of the parliament, with results expected on May 23.
Attempts to secure votes in return for cash, liquor, electronic gadgets and even goats have been reported across Tamil Nadu in the run-up to voting.
More than 1.3 billion rupees ($18.7 million) and one ton of gold worth 3 billion rupees have been seized in the state since the poll dates were announced on March 10.
Elsewhere in the country, polls have been delayed by five days in parts of the northeastern state of Tripura over security fears.
Polls will be held there on April 23 instead of Thursday.
And in the country’s east, Bangladeshi star actor Ferdous Ahmed has been forced to leave India after he was discovered campaigning for a candidate from the opposition Congress party, officials at the Bangladesh High Commission in Kolkata averred.

Quote from Bayelsa guber judgment review that favours Ihedioha, but…

Just in: Ramaphosa orders immediate repatriation of citizens from China

Imo: While we wait for Supreme Court review of its judgement

Before you kill Ihedioha…