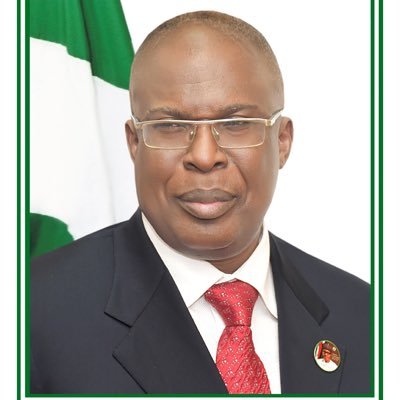 UTM Offshore Limited, a Nigerian marine services company, has signed this morning a pre-Front End Engineering Design (Pre-FEED) contract with JGC Corporation of Japan for the development of a floating liquefied natural gas (LNG) project offshore Nigeria. Another contract was also sighed with KBR, who is now the project’s Owners Engineer and will be executing a third-party review of the Pre-FEED study.

The signing of both contracts follows the issuance of a License-to-Establish (LTE) for the same project to UTM Offshore in February 2021 by the Nigerian Department of Petroleum Resources (DPR). As the project progresses, the company will be applying for a License to Construct and finally a License to Operate.

With natural gas reserves estimated at about 200 trillion cubic feet (Tcf), Nigeria holds the eighth largest discovered gas reserves in the world. However, they remain largely undeveloped and wasted. In 2020, the country produced an average of 7,800 MMscfd of gas, out of which over 35% remained non-commercialised. Also last year, an average of 540 MMscfd of produced natural gas was flared on site, contributing to heavy carbon emissions.

UTM Offshore has conceived the installation of the country’s first FLNG unit in order tomonetise gas and cut flaring. Both contracts signed earlier today will be further advancing the project towards final investment decision (FID).

The FLNG unit will be deployed on Oil Mining Lease (OML 104), operated by the joint-venture of Mobil Producing Nigeria (40%, operator) and the state-owned Nigerian National Petroleum Corporation (NNPC, 60%). ExxonMobil started development activities on the block back in 2002 and achieved first oil from Yoho in December of the same year. A term-sheet is currently being discussed between ExxonMobil and UTM Offshore to prepare for the deployment of the FLNG unit on the block.

Equally important, UTM Offshore intends to target OML 104’s associated gas, or the gas produced alongside with crude oil that tends to be flared for lack of monetisation or export infrastructure.

“UTM Offshore’s FLNG project is the most logical continuation for our group as Nigeria embarks on a new era of gas monetisation and local content development. Nigerian companies have built the necessary capabilities to execute such ambitious projects and we intend to open up a whole new segment of the industry that brings positive environmental benefits to the country while continuing to build local capacities across the value-chain,” said Julius Rone, Group Managing Director/CEO, UTM Group.

The company has a clear vision to be the first African player to execute an FLNG project in Africa, but also to contribute to the decarbonisation of the industry by monetising gas that would be otherwise burnt during production operations.

The FLNG is targeting a capacity of 1.2 million tonnes per year (tpy). Upon its expected commissioning in 2025, the UTM Offshore FLNG unit would be sub-Saharan Africa’s fourth such liquefaction facility set up offshore Africa after Cameroon (HilliEpiseyo), Mozambique (Coral Sul) and Senegal/Mauritania (Gimi).