Upgrade your airports’ ahead of SAATM takeoff, ACI tells Nigeria 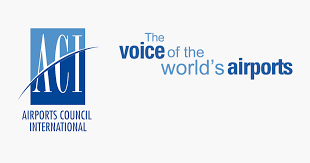 The leadership of Airports Council International (ACI) Africa has called on the Federal Government of Nigeria to as a matter of urgency, carry out a comprehensive facility upgrades across all designated international airports situated for the Single African Air Transport Market’s (SAATM) in the continent.

The appeal is coming ahead of a joint review of 17 African Airports over the next 18 months, in a bid to help those airports improve on their processes and procedures by the African Development Bank (AfDB) and International Civil Aviation Organisation (ICAO).

Both bodies recently reached the understanding to ensure ACI conducts apex review ahead of the scheme’s takeoff to avoid drawbacks.

According to Gittens, “Africa had fast growing economies and with Single African Air Transport Market’s (SAATM) launch, and the potential of a common aviation market, the move would improve the socio-economic benefits.’

While recognizing that Africa is home to some of the fastest growing economies in the world, she argued that “With the recent launch of the SAATM by the African Union, we can expect further improvement to open skies.”

“The growing commitment to a common aviation market has the potential to alleviate existing regulatory strengths and among other factors advance connectivity in the continent. It also has the potential of increasing the socio-economic benefits that aviation and airports bring to the communities they serve.

“Considering the region’s potential for growth and its possible impediments, it has become more important than ever to foster a climate of innovation. In the spirit of no-airport-left-behind, we need to consider solutions for airports big and small with different regulatory and operational realities.

“How can we help everyone to grow? Airports’ regions, at least in Africa, are faced with the pressure of managing performance and growth without constantly adding infrastructure and cost, while striving for environmental sustainability and robust security,” she said.

Earlier in his presentation, ACI-Africa boss, El Aoufir explained further that the AfDB and ICAO, has asked the ACI to conduct apex review at 17 African Airports over the next 18 months, showing ICAO’s belief in the ACI-Apex review.

Continuing, El Aoufir was pleased to announce the release of renewed ACI strategic plan 2020-2024 by the board, saying “The plan now sets our strategy direction for the next five years. This plan aims at positioning Africa as the only voice of African airports and the legal aviation association on the African continent. The plan has identified the main internal and external challenges of ACI-Africa and proposes a series of initiatives and actions to respond adequately, the growing and pressing needs of our members.”

“With this plan, it is expected that ACI-Africa will be better positioned to support development of healthy, efficient, effective, safe, secure and sustainable air transport in Africa and contribute to the economic growth and prosperity of the region.“African Airports Development Program (AADP) which is the new lead program of ACI-Africa and which is the main catalyst of our strategic plan.

This programme is the gateway of African support to confidentially achieve excellence in management, operations, capacity building to the chain of experience and expertise to the African continent,” ACI-Africa president noted.