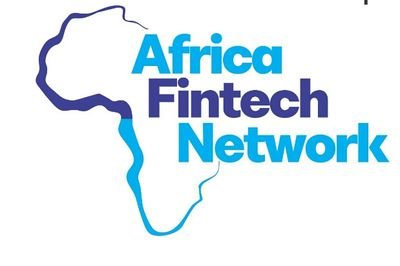 The global financial sub-sector has been under serious pressure since the evolution of digital payment solutions from Financial Technology (FinTech) operators who are beginning to be seen as serious threats to traditional banking service providers.
However, due to the clear indication that the sub-sector has come to not only stay, but inching to displace the banks, the need for strategic regulations that will allow for synergy between them (FinTechs) and the banks has become a global issue of urgent importance.
Already, different economies are coming up with regulatory frameworks’ to provide a win-win scenario for banks and FinTechs due to the fact that digital evolution can no longer be neglected in the financial industry.

Only recently, whereas the Central Bank of Nigeria (CBN) has created a special department to regulate FinTechs, Nigerian operators in the sub-sector has come up with a united front to drive for their welfare and operational existence to the extent, the Nigerian body has taken the association to the continental body known as Africa Fintech Networks (AFN) to grow their survival in the faces of emerging national regulations.
Giving a review of the FinTech sub-sector in Nigeria, chief executive officer of CWG Plc, Adewale Adeyipo averred that “Fintech’s are technology-based businesses that compete against, enable and collaborate with financial institutions. Fintech start-up firms are involved in external partnerships with government agencies, financial institutions, universities, industry consultants, research institutions, technology experts, and associations.
“They create a highly integrated software ecosystem that brings with it the expertise, experience, technology, and facilities of all the entities together through these partnerships. The Growth and market success of any Fintech hub originates from an integrated software ecosystem.

Continuing, he added that “These innovators are effectively employing technology tools to bring in seamless and innovative financial services for the banked and unbanked population in Nigeria. As reported by KPMG, the global Fintech software and services sector are expected to boom as a USD 45 billion opportunities by 2020, growing at a compounded annual growth rate of 7.1 per cent”.
Accordingly, coming from the United States of America (USA), last week is a joint move between the Office of the Comptroller of the Currency (OCC) and the Federal Deposit Insurance Corporation (FDIC) explore granting federal bank-like licenses to tech-driven firms that offer financial services, such as money transfers and lending.
Business Hilights gathered that the plan is part of a broader push by President Donald Trump’s administration to boost small businesses and promote job growth.
According to the planned regulatory framework in the USA, Federal licenses would allow Fintech firms, which currently operate under a patchwork of state rules, to reduce their regulatory costs and expand into new regions and products.

The new idea to regulate FinTechs in the USA is coming from the fact that FinTech firms are reluctant to invest heavily in nationwide expansion without access to the payment systems, settlement services, and other Fed tools and the central bank has yet to decide whether to let those lightly-regulated players in.
Though there are fears by top US officials that FinTechs lack robust risk-management controls and consumer protections that banks have in place, St. Louis Fed President James Bullard had told Reuters in November that “They probably do want access to the payments system, but they don’t want the regulation that would come with that access,” but feared that “I am concerned that fintech will be the source of the next crisis.”
Recall that having successfully established a model for the establishment of national fintech associations in Africa, Fintech Association of Nigeria (FAN) recently achieved a new feat as it partnered the United Nations Economic Commission for Africa (UNECA) to launch AFN, the umbrella continental body.
Otherwise, AFN was formally launched at the 52nd Session of the UNECA Conference of African Ministers of Finance, Planning and Economic Development held in Marrakech, Morocco.
The launch of the network, which was one of the most prominent and well-attended side events at the conference, was co-hosted by President, FintechNGR, Dr. Segun Aina, and had in attendance the Executive Secretary of ECA, Dr Vera Songwe; Ugandan Minister of Finance, Planning & Economic Development, Twamuhabwa Wilson; a former Nigerian Minister for Communications Technology, Dr. Omobola Johnson; representatives of the African Development Bank; representatives of Africa Fintech Network member countries and other notable individuals from across the continent.

According to Songwe at the launch, “The objectives of the network were critical to building the Africa we want and align with the commission’s digitalized continental goals. According to her, “Africa Fintech Network holds the key to the digitalized Africa as all nations in the continent must join the Fintech in Africa agenda.”
Aina, President of AFN, said that the association was created to unify regulation, foster collaboration and shared development, support the attainment of continental goals such as Agenda 2063 and African Free Trade Area, Sustainable Development Goals as well as promote indigenous solutions for the peculiar challenges.

MAP: Pay for meter, get it installed in 10 days from May 1, NERC tells Nigerians