Time up for 8 Nigerian Discos as licence revocation hammer dangles 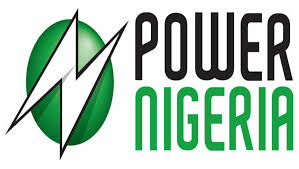 Exactly one month today, December 7, 2019, it is either all the Electricity Distribution Companies (Discos) had shaped in or on their various way out as the sledge hammer of the Federal Government started dangling from last month following the order to write and show cause why their licences should not be revoked forthwith for poor service delivery.

Otherwise, the position of the government which analysts see as a clear right of expression and self explanation ahead of any eventuality, is giving Discos till December 7 to submit their written responses providing reasons why their licences should not be cancelled by the Nigerian Electricity Regulatory Commission (NERC).

Recall that the commission had in September, issued a cancellation notice to eight power distribution companies in October this year and mandated them to respond within 60 days, otherwise their licences would be cancelled.

Before now, there had been public outcries on issues bordering on official delays and cumbersome nature designed by the Discos to frustrate issuance of prepaid meters and their observed stand in not adequately investing in their network upgrade which formed major part of the conditions for granting them operating licences by the former President Goodluck Jonathan administration.

As a show of seriousness on the side of the Federal Government, an updated document on the notice of hearing on the petitions by Discos on the Minor Review and Minimum Remittance Order dated November 5, 2019, secured from the commission in Abuja, NERC also outlined additional expectations from the Discos.

NERC is relying on the observation that Discos had breached the terms and conditions of their respective distribution licences based on the provisions of Electric Power Sector Reform Act and the 2016 – 2018 Minor Review of Multi Year Tariff Order and Minimum Remittance Order for the Year.