Thumbs up for Anglican Communion, Diocese on the Niger 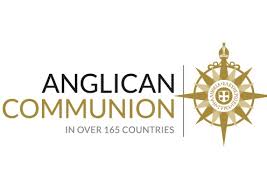 Friends, this morning I woke up to this very exciting news on the social media: “Anglican Communion, Diocese on the Niger, has banned the printing of brochure and uniform ceremonial dresses, also known as `Aso-ebi’ during burial rites of its members……to reduce burial cost.”

I hope this is true! I quickly shared this news with a friend of mine in Nigeria who even referred me to a bill passed by the Anambra State House of Assembly, published by The Punch Newspapers on April 11, 2019 to stop expensive funerals in the state.

This is a welcome development and it is something I would recommend to families, Christian churches, autonomous communities, states, organizations and the political class. Funerals in Nigeria, especially in Igbo land, have become opportunities to showcase wealth, style and fashion and to celebrate waste, frivolities and emptiness. Some poor families have to borrow or sell some family or ancestral properties, while some take to crime and desperation in order to raise enough funds, just to impress people at funerals.

Funeral brochures are printed in full color quality and depending on the number of condolence messages and tributes; some are unnecessarily made bulkier than a regular doctoral dissertation. By the way, some brochures do contain what should ordinarily be a family photo album. Family members, in-laws, age grades, committee of friends, clubs and other groups appear on various aso-ebi, to distinguish themselves from other groups; all in the name of befitting burial. The Anglican Church seemingly summarized it appropriately: “What is befitting in Christian burial is the relationship established between the people and their God and the worthy legacy after the people are gone”.

It is my hope that religious, traditional and political leaders in Igbo land should use this as a template to further educate their members and subjects on the real understanding of paying respects to the dead. The deceased benefits from the prayers said for them. Everything else has absolutely NOTHING to do with the dead; it simply satisfies the ego and the insatiable appetite of the living.

Given the prevalent economic hardship with its attendant consequence of uncertainties, I would expect families to be more realistic, retrospect and prudent in the way they manage their resources during funerals.

*Fr Michael NGOKA, CM, wrote in from the USA