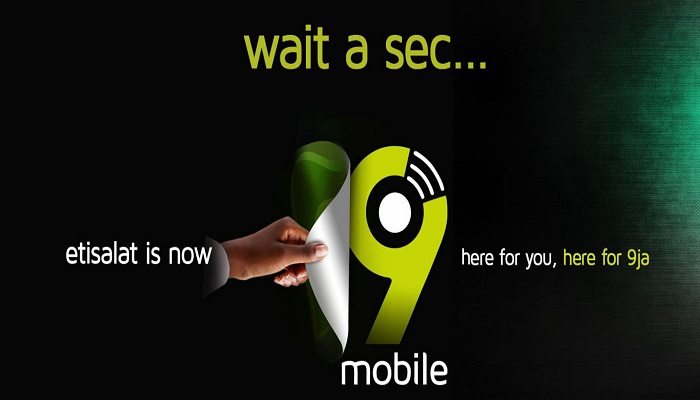 Even though there had been no substantial clarification from the Central Bank of Nigeria (CBN) that all the 13 banks’ syndicated loan had been repaid, contrary to the controversies trailing the real ownership of 9Mobile telecoms, a co-founder of the bid winner, Teleology Nigeria, Mr Omar Edewor has cleared the air, saying the company had long taken full possession and has been working on repositioning the telecom.

In an interview, he said he finds the question of ownership of 9Mobile amusing, stressing that “9mobile is one of the biggest companies in Nigeria. Yes, there has been a lot of confusion about that issue which I find ironic because it’s been well publicised although there have been counter-narratives. So, I do understand that it can be a bit confusing about which one to believe.”

Continuing, Edewor made it clear that “I will tell you this – the Teleology Nigeria board fully took over 9mobile in November 2018. So, Teleology Nigeria has owned 99.999% of 9mobile for over a year now and is now leading the turnaround story for the company. Those who in the industry all know this.”

However, while being economical with words on counter-narratives and what do he says about those trending narratives, Edewor just replied saying “9mobile’s Public Relations Officer has officially put out a statement. So, I will leave it at that. Those who are interested in knowing more should find that statement and read it.”

Business Hilights recalls that in 2016, 9mobile (formerly Etisalat Nigeria) started defaulting on its $1.3 billion loan obligations to a consortium of about 13 Nigerian banks led by Access Bank, GTB and Zenith Bank.

Etisalat UAE, its parent company, led a few bailouts but these weren’t enough. In early 2017, the consortium threatened to take over the telecom company to recover their money.

After several unmet deadlines, on June 20, 2017, Etisalat Abu Dhabi announced that it had transferred 70% of its holding in Emerging Market Telecommunications Services Ltd (EMTS).

However, following the exit of the parent company, a new board was established to run the operations pending when a buyer would be found. The name of the company was then changed from Etisalat Nigeria to 9mobile.

Teleology Holding, on 22 February 2018, won the bid for the acquisition of 9mobile, paying a $50 million non-refundable deposit of the $500 million 9mobile bid.

However, more problems arose with shareholders taking 9mobile to court to contest the sale of the company. Major shareholders Afdin Ventures US Ltd and Dirbia Nigeria Limited claimed they stood to lose all of their investment estimated at $43m.

Findings revealed that the new management worked with fresh $230million lifeline from AFC to begin a new life.

The facility was divided into two tranches used to honour existing debts, finance costs, investment in growth and payment towards quick-win capex initiatives.

Chairman of the Board of Directors, Alhaji Nasiru Bayero, stressed that the loan facility will help strengthen their business sustainability, saying “We can only express gratitude to the AFC for approving this loan facility that would not only help our business sustainability but also grow it to serve our teeming and loyal customers in Nigeria better. We have completely reviewed our operational, regulatory, financial and technical architecture to ensure we deliver quality services and this facility would go a long way in giving best-in-class services to Nigerians.”

Only last week, 9mobile disclosed that it is investing $220m in the expansion of its 4G LTE to more Nigerian cities as part of efforts to deepen broadband penetration in the country.

The Ag. Managing Director, Stephane Beuvelet, explained that the investment had increased the number of cities and towns in Nigeria that now enjoy quality service with the mass deployment of 4G technology to 16.