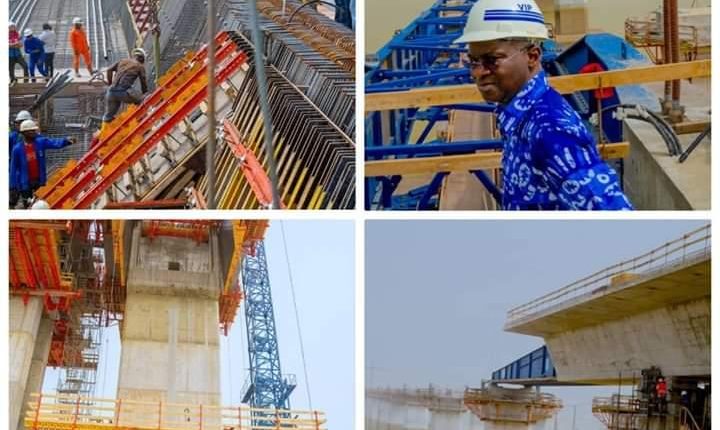 Beyond politics, latest tour of the construction site of second Niger Bridge at Onitsha, the commercial nerve centre of Anambra State has shown strong conviction that the current administration is ready to deliver the infrastructure on record time after all.

Aside recent assessment tour by Business Hilights South-East Bureau chief Wednesday, sights and sounds from the latest visit of the Minister of Works and Housing, Mr Babatunde Fashola showed encouraging progress of work by Julius Berger, the handling company.

The scheme which is slated for commissioning before the end of 2022, is being funded by the Presidential Infrastructural Development Fund (PIDF), managed by the Nigeria Sovereign Investment Authority.

The Nigeria Sovereign Investment Authority (NSIA) is an agency of the Federation set up to manage funds in excess of budgeted hydrocarbon revenues.

Besides, further financing boost for the project was received recently following the signing of tripartite understanding between the Federal Government of Nigeria led by the the Minister of Justice, Abubakar Malami, the United States Government and the government of New Jersey tax haven for the repatriation of another tranche of Gen Sani Abacha loot.

According to the understanding, the United State Government forced the Federal Government to tie down the use of the fund to tangible projects rather than schemes like poverty alleviation and other social investment programmes which they felt may have been a conduit pipe.

Accordingly, the $321m was tied to the delivery of second Niger Bridge and two other highway projects going on in both the South west and northern part of the country.

Observers say a combination of its share of the Abacha loot plus the fund from NSIA, the infrastructure could be delivered on schedule.