No doubt, the secret of enduring penetration of digital economy is powered by credible national biometric database.

Secondly, it is important to always put the horse before the cart for efficiency and seamless movement.

Findings have revealed that whereas the Ministry of Communications and Digital Economy has a number of agencies under it including the Nigerian Communications Commission (NCC), National Identity Management Commission (NIMC), Galaxy Backbone Limited, National Information Technology Development Agency (NITDA) and other departments, the minister, Dr Isa Pantami seems to have been more on the neck of the NCC in the last couple of months with varied degrees of directives for implementation.

Just as some of the directives had been seen by industry players as apparently counterproductive, others have been seen as placing the cart before the horse in this case in point.

For instance, the latest policy directive that all SIM card owners must incorporate their National Identity Number (NIN) into their SIM registration database on or before December 1, 2020, looks impossible.

Why, because NIMC, the agency with the responsibility of generating NIN currently has no capacity to register more than five million in a 12 calendar months.

Otherwise, Dr Pantami ought to have raised the NIN delivery capacity of NIMC before coming up with the directive to NCC to deactivate lines whose NIN is yet to be incorporated in their database by December 2020; knowing full well that more than 100 million Nigerians will be involved.

For the fact that NIMC is under his ministry, analysts believed that the Minister ought to have known that NIMC lacks the needed capacity to register and capture all Nigerians that have registered SIM cards on or before the given deadline.

The minister should have also recalled that it was based on the capacity crisis of NIMC which is under his command, that another federal agency, JAMB, which had made NIN a mandatory inclusion for the 2020 tertiary entrance examination to suddenly cancel the idea following outcries of candidates and their parents nationwide.

According to our research report (https://businesshilights.com.ng/just-in-how-jamb-relied-on-bhiu-report-to-suspend-nin-for-2020-utme/), earlier published last month, it revealed that NIMC only has the capacity to register not more than five million people for NIN annually because from 2016 when it had 28m, it was only able to register additional 10m to bring its total as at the end of 2018 to 38m; that is, 10m in two years. 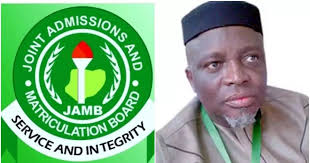 Now, a question the honourable minister must answer Nigerian GSM subscribers’ is how will NIMC capture more than 140m Nigerians with SIM cards on or before December 1, 2020 when it cannot do same for common JAMB candidates who are far less in number?

NIMC’s DG, Engr Aliyu Aziz, had time without number cried out on paucity of fund to fasten access to registering infrastructures so as to increase outreach nationwide to over 10,000 outlets, but the agency seems not to be getting what it wants from the Minister.

Otherwise, what is critically important for the nation’s digital economy quest, is to first get a credible national biometric database which can only come from  a capacitated and not incapacitated NIMC.

This therefore, is the main reason why the Minister should pile more service delivery pressure alongside needed funding and capacity upgrade now on NIMC than the NCC.

Just in: MTN begins search for the next music superstar in Nigeria