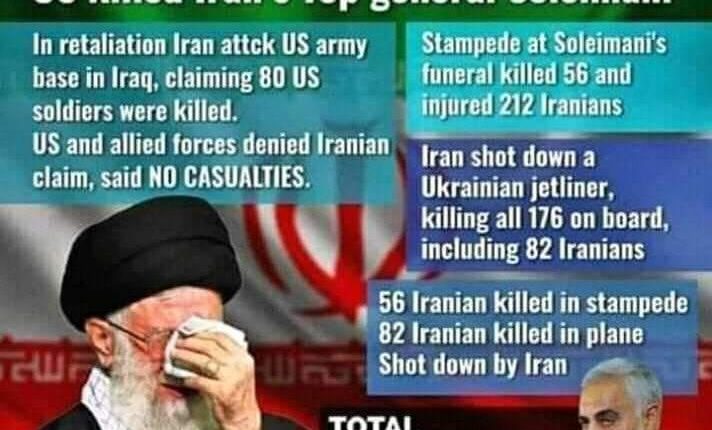 Following years of intelligence gathering and data analysis, the United States came to the conclusion that eliminating Iran’s lead Intelligence General, Qassim Soleimani would serve the world and America a better justice over his catalogued atrocities.

This was effected with spotless precision via a drone strike near Iraqi Airport and the General died.

The death got Iranian leadership annoyed and instead of cooling down to revenge if actually needful, Tehran followed it very hot and in the process, the death of a single man currently pushing Iran to domestic crisis.

Crisis in the sense that since it was revealed that the government has a hand in shutting down the Ukrainian airline which killed all 176 on board, 80 of them Iranian nationals.

Since the associated mass protest in Iran started, statistics show that over 56 Iranians killed even as more than 30 died of stampede during the burial of late General Soleimani.

Another loss coming from serving revenge when it’s hot is that each of the almost wasted 13 ballistic missiles fired at US bases cost $500000, upon all of them, there has not been any report of casualties on American side.