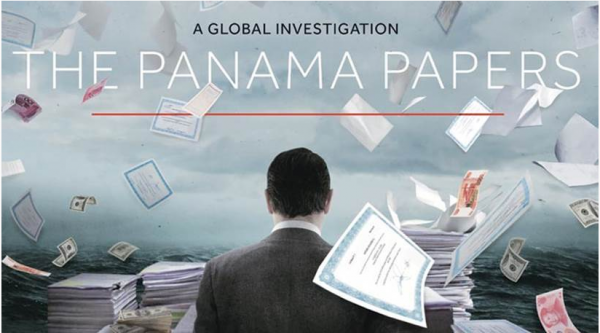 …As other climes recover over $1.2b in taxes, fines

Around early 2016, a damming report driven by the joint investigative journalism of more than 100 journalists from around the world revealed the rich, powerful and politically connected, business people and how they made laundered their wealth in tax havens.
The report was termed Panama papers.
However, whereas the dreaded efforts of International Consortium of Investigative Journalists (ICIJ) that opened up the hidden treasures in tax haven Islands across the globe have been relied upon by several nations to make unprecedented recoveries, Nigerian anti-graft agencies seem to have forgotten the scoop so given out to go after the billionaires who are still walking free, doing businesses, contesting elections and even winning and assuming public offices till date.
Business Hilights Intelligence Unit (BHIU) can authoritatively report that several nations have made remarkable recoveries from the Panama leaks to a whooping total sum of over $1.2bn and still counting.
For example, the United Kingdom has to-date, recovered $252 million; Australia has collected $92 million, and Belgium has exceeded $18 million.
French tax authorities have confirmed nearly $136 million has now been recovered – and that figure is expected to rise as days go on.
According to a report by the ICIJ in 2016, the nations successful in making recoveries have carried out more than 500 inspections since April 2016.
ICIJ also hinted that Canada’s Revenue Agency, which also raided two properties last week in connection to the investigation, has revealed it should recoup more than $11 million in federal taxes and fines from 66 audits.
The agency said it planned to audit about 234 more taxpayers linked to the probe. Fewer than 10 criminal investigations are ongoing, it added.
In Iceland, the Directorate of Tax Investigations has finished 24 investigations relating to the Papers and estimates it has recouped $25.5 million, while in Panama, authorities have recovered back more than $14 million in the past three years.
Amongst named African countries in the report, official silence has engulfed all national investigative anti-graft agencies till date.
Struggling economies like Nigeria, Ghana, Algeria, Togo whose citizens were named are yet to make any form of progress in either questioning the given names or dragged them to court in view of making recoveries. Otherwise, of the 22 countries listed in the ICIJ report, none is from Africa.
Besides, one disturbing scenario is that upon the apparent body language of the current government in Nigeria under President Muhammadu Buhari who claims to be fighting corruption, his government through any of the numerous anti-graft agencies are yet to look into the Panama leaks till date, thus sending a dangerous signal that the corruption war may have been traded as far as Panama papers are concerned.
It is important to recall that the Panama Papers is a leakage of sensitive documents detailing how political world leaders, celebrities, athletes, FIFA officials and so on, have hid money using anonymous shell corporations across the world.
The 11.5 million documents, held by Panama-based Mossack Fonseca, were released to Süddeutsche Zeitung, a German newspaper, and an International Consortium of Investigative Journalists (ICIJ). The Panamanian law firm, regarded as one of the world’s most secretive companies, according to the documents, has helped clients launder money, dodge sanctions and evade tax.
It was revealed in 2.6 terabytes of data – more than what was leaked by WikiLeaks in 2010- and shared with journalists in the documents that 140 offshore firms are connected to politicians or public officials and their families.
In all, 14,000 clients used Fonseca while 214,000 companies incorporated by Fonseca had their details leaked to journalists.
The British Virgin Islands was said to have been home to half of the companies exposed while Hong Kong had the most affiliated banks, law firms and middlemen.
Senate President, Bukola Saraki; former Senate President, David Mark; a former Delta State Governor, James Ibori; a former Army chief and Minister of Defence, Gen. Theophilus Danjuma (retd.); Africa’s richest man, and so many others, are the prominent Nigerians named to have links with the offshore assets revealed in the Panama Papers.
Upon all the pressure so mounted by a number of Civil Societies Organisations including Socio-Economic Rights and Accountability Project, Coalition Against Corrupt Leaders, Transition Monitoring Group and human rights lawyer, Femi Falana (SAN), seemingly leading the pack, nothing has happened till date in efforts to recover the looted funds even as the President Muhammadu Buhari administration continues to cry over budget failures due to paucity of funds and allegedly  selective anti-corruption war .