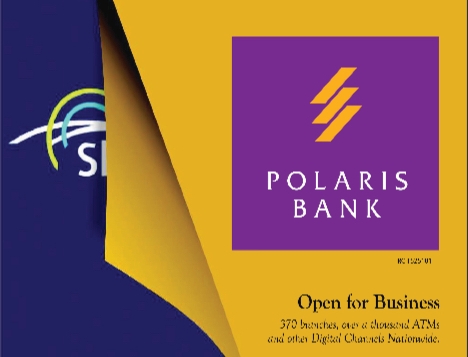 …Polaris now upgraded from bridge to full-fledged bank
Barely one week after the Central Bank of Nigeria (CBN) and Nigerian Deposit Insurance Corporation (NDIC) literally changed the logo and name of Skye Bank to Polaris Bank and injected Nigerian commonwealth of about N786bn, NDIC has said investigations on the activities of the management team are on.
However, industry pundits who saw the move as incomplete and diversionary, are querying why the management whose actions and inaction derailed Skye Bank are still in office managing the new capitalization.
However, NDIC attempted to give reason why the management was not sacked at the time of the recapitalization, saying sooner than later, roles played by the current officers would be unearthed.
Chief Executive Officer of NDIC, Umar Ibrahim, who spoke at the Africa Regional Committee workshop of the International Association of Deposit Insurers, assured that full scale scrutiny is in progress but was economical with answers on why the same failed management of defunct Skye Bank is the same team allowed to manage the whooping N786bn injection by the apex bank.
According to him, “They are being investigated and I can assure you that when the time comes, the relevant security and law enforcement agencies will do their work.”
Business Hilights recalls that CBN had on July 2016, in a sweeping intervention to save Skye Bank, forced the resignation of the Chairman, all non-executive directors, as well as the Managing Director, Deputy Managing Director, the two longest-serving executive directors, and replaced them with a management team solely appointed it.
The move was followed immediately with injection of N100bn to be managed by the CBN-appointed team who can be said to have failed again but still retained.
Besides, up till now, both CBN and NDIC did not give any time frame when it will recover the initial N100bn taxpayers’ money or the latest injection which has set record of highest injection to any bank since the beginning of banking rescue by the CBN in Nigeria.