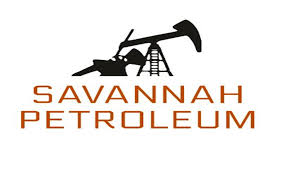 Leading British independent oil and gas company group operating in Niger Delta, Savannah Petroleum has announced the signature of a $74m unsecured loan facility to push up activities in the consummation of its ongoing Seven Energy Transaction.

In a notice to the London Stock Exchange (LSE) and made available to Business Hilights in Lagos, details of the deal show that the fixed interest premium of seven per cent payable on the principal amount (and any future amounts drawn) was to be paid at maturity.

Also, the principal amount and associated interest premium could be repaid at any point up until the initial loan maturity date of January 17, by which point they were to be fully repaid.

The statement to the LSE read in parts as follows: “Subject to mutual agreement between Savannah and the facility provider, an additional tranche of up to $5m is available to be drawn within a two-year period, such further tranche expected to be made available on similar terms as the initial principal amount.

“The facility is being provided by funds managed by Riverfort Global Capital Limited and Yorkville Advisors Global, LP and provides Savannah with additional liquidity to fund working capital and general corporate purposes ahead of the planned completion of the Seven Energy Transaction.”

Explaining more, the Chief Financial Officer, Savannah Petroleum, Isatou Semega-Janneh, said the company was happy to have accessed the loan facility, which increased liquidity and provided access to additional capital ahead of the upcoming completion of the Seven Energy Transaction.

According to him, the signature of the Frontier Transaction documentation will among other things, enable the group to make good progress with the remaining completion workstreams, including the Seven Energy financial restructuring and growth.