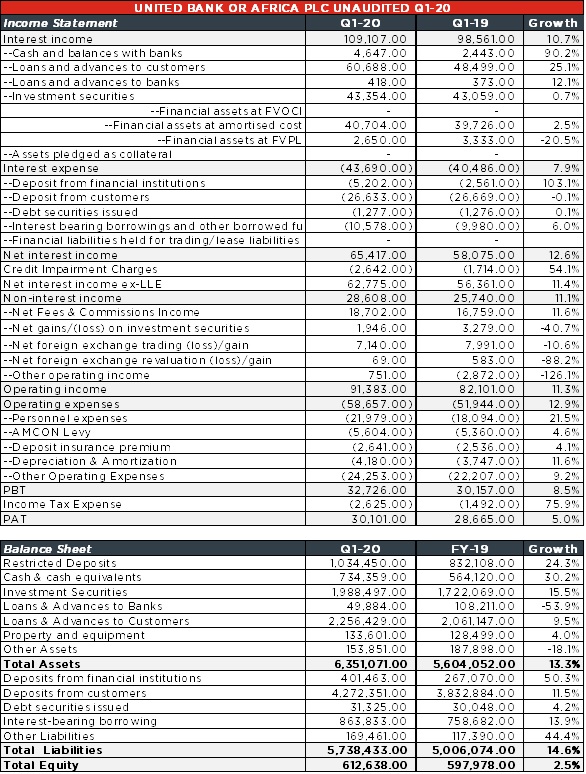 Non-interest income grew by 11.1% y/y to NGN28.61 billion, driven by the growth in fees and commissions income (+11.6% y/y to NGN18.70 billion). Notably, all major contributory lines to NII were weaker relative to the corresponding period of the prior year – gains on investment securities (-40.7% y/y), foreign exchange trading gains (-10.6% y/y), and FX revaluation gains (-88.2% y/y). Consequent on the growth in funded and non-funded income, the bank recorded an 11.3% growth in operating income to NGN91.38 billion.

Comment: The bank’s performance is in line with expectations, as a slowdown in the momentum witnessed over the prior fiscal year was expected. The trajectory is still positive, and should result in a positive FY2020. Our estimates are under review.