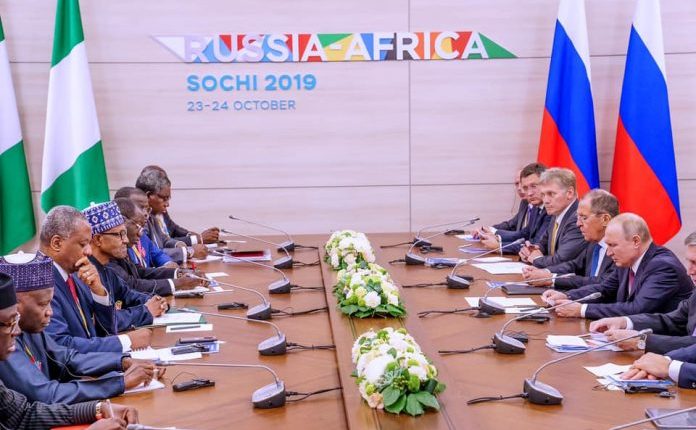 Russia’s President Vladimir Putin has appointed a new cabinet, keeping key ministers. Amongst those retaining their seats in office is the country’s energy minister Alexander Novak who played an instrumental role in the oil production deal with the Organization of Petroleum Exporting Countries (OPEC).

In a statement made available to Business Hilights by the African Energy Chamber (AEC), said “The reappointment of Mr Novak, who has always supported the establishment of new alliances with Africa oil economies, is a sure signal for further energy cooperation between Russia and Africa.

The Executive Chairman of the AEC, NJ Ayuk averred that “Minister Novak has ensured that African companies have a seat at the table, built partnerships and pushed President Putin’s mission to broaden and strengthen relationships with Africa.”

“The African Energy Chamber has always enjoyed a good relationship with him and the Russian energy sector and, we look forward to furthering our collaboration,” he added.

Having maintained his seat as energy minister since 2012, Novak’s reappointment is received as the Kremlin’s commitment to the continuation of the OPEC+ strategy which has already seen Russian companies benefit from bilateral cooperation with OPEC member states and boosted oil prices.

“Alexander Novak has emerged as the reliable and dependable bridge between OPEC and non-OPEC in the Declaration of Cooperation. He has earned the respect and admiration of all participating countries in the OPEC+ group,” Mohammad Sanusi Barkindo, Secretary General of OPEC said.

Adding that, “His reappointment as Russia’s Energy Minister at this crucial juncture will further strengthen the collaboration with OPEC in our noble course to maintain oil market stability in the interest of producers, consumers and the global economy.”

Oil slips but heads for steady week on supply tightness