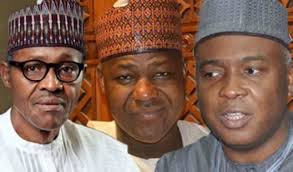 Indications have emerged revealing that the recently passed Petroleum Industry Governance Bill (PIGB) by the National Assembly will become the game-changer in seamless inflow of heavy funding from abroad.

Otherwise, the bill is set to restore the international investors’ funding confidence in oil and gas industry.

This was the submission of the Managing Director/Chief Executive Officer of Energia Limited, an indigenous oil and gas company, Mr. Felix Amieye-Ofori in an interview.

He said “In Nigeria, there has been lots of heavy loading on oil and gas in the banks and so banks are slow in lending and, of course, there is a little bit of risk of foreign funds coming into the country because of all the noise,” but averred that “Now the environment is opened; the Petroleum Industry Governance Bill (PIGB) has been passed by the National Assembly”.

According to him, “We are re-opening the discussions on the refinery and people are interested”.

Explaining more on current state of modular refinery his company proposed to build a few years ago, he observed that “The only thing that actually slowed it down is the cash issue. If we have been producing and everything was going on smoothly, by now, our refinery would be on stream. We have got approval from the Department of Petroleum Resources, we have done our field work; the DPR has said we should go into detailed engineering and now we are going to start fabrication. But we had a little hiccup with funding. Once your source of revenue goes down, your project is affected”.

However, with the recent PIGB passage, there seems to be great light in the tunnel as he revealed that “Recently someone called me that he wanted to send a letter of expression of interest someone, and the project is a little bit capital-intensive. The beauty is that we have our own crude, so we don’t have to go and source for crude. But the capital expenditure (capex) is a bit heavy”.

“The reason for the refinery for us is to solve the pipeline interruptions. We are not saying that people should bust the pipelines. But somehow if we have the refinery, we will continue to produce. We are not really going into the downstream for downstream sake. Our refinery is to sustain our upstream operations. So as long as the refinery is there and, of course, with the petroleum products situation in the country, we will produce our crude, refine it, sell it and keep producing.

Amieye-Ofori said “The challenge is that we buy the crude in dollars and sell the products in naira. That is one of the things the Federal Government is trying to address. We are collaborating with the Ministry of Petroleum Resources, the Central Bank of Nigeria and a lot of other government agencies to address”.