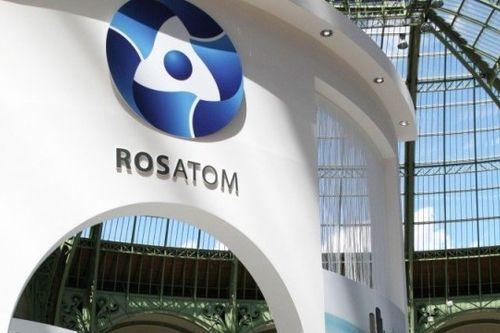 This was part of the resolution reached by the Senate recently following a motion by Sen. Al-Makura Umar Tanko representing Nassarawa South.

Business Hilights recalls that at plenary on Wednesday, 20th November, 2019, the Senate noted that the primary sources of energy for the production of electricity in Nigeria includes gas, hydro, oil and Coal, with current power generation capacity of 7000 Mega Watts.

Excerpts from a statement contained in the Senate Order Paper read in parts; “further noted that experts using modern energy modeling tools had estimated that for the Nigerian economy to grow at the rate of 10 percent, the country’s electricity requirement by 2020 will need to reach 30,000MW, and by 2030 it will be 78,000MW.”

According to the Order Paper, the senate is aware that Nuclear energy is one of cleanest and safest source of energy in the world today and nuclear power generation does not produce greenhouse gases.

It further noted the senate is: “aware that in 2006, Nigeria ratified critical treaties with International Atomic Energy agency (IAEA) Vienna Austria, with the aim of enabling Nigeria access nuclear power into the country’s energy mix.”

Recalling that the Nigeria and Russian Federation signed bilateral agreements on Nuclear Energy cooperation, the senate pointed out that the recent visit by Nigeria’s President to Russia was a move in the right direction to stimulate implementation.

Noting that billions of naira were spent towards energy increment by previous administrations with no commensurate benefits to Nigeria in improved power generation; the senate observed that the treaties and protocols on nuclear energy ratified by Nigeria which are the legal guaranties for nuclear energy are yet to be domesticated in Nigeria, same having failed to reach 3rd reading at the Senate in both the 6th and 8th National Assembly respectively.

Worried that power outages in Nigeria have constituted the major constraint to the development of the manufacturing sector and negatively affect the cost of running business in Nigeria and ultimately the economy of the country, the senate noted with concern that unless the energy mix in Nigeria is broadened to include Nuclear Energy, the persistent power outages being experienced by the country will not be easy to address.

“i. Urge the Federal Government to reposition the Nigerian Nuclear Regulatory Authority to enable it to carry out its mandate of ensuring safety, security safeguards and physical protection of nuclear materials including hazardous waste in Nigeria.

“ii. Urge the Federal Government to re-engineer, refocus and recognize the Nigerian Atomic Energy Commission with the mandate to ensure timely contacts and negotiations with nuclear vendors for construction of nuclear power plants with time line.

“iii. Urge the Federal Government to expedite action on the Nuclear Safety, Security and Safeguards Bill currently with the Senate; and iv. Pass into law all treaties and protocols on nuclear energy as ratified by Nigeria.”

Malware variety grows by 13.7% in 2019 due to web skimmers—Kaspersky

Minister speeds off national gas revolution with inauguration of NGEP