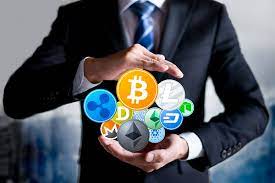 Latest report at Invezz.com has shown that upon the official rejection by the Federal Government, Nigeria is ranked 8th amongst countries that search most on cryptocurrency.

However, since its launch, cryptocurrency has been surrounded by a lot of skepticism, arguably demonstrated by 696,000 Google searches occurring globally each month. But who is most interested in this form of digital currency and what are their main concerns?

Eager to find out, experts at Invezz.com utilized online analytics tool Ahrefs to discover which countries in the world are most interested in cryptocurrency and what are their main fears.

Ranking second is India, where there are 804,000 annual online searches about cryptocurrency. Despite following in the leader board, this is still 69% lower than the United States.

United Kingdom follows in third place with an average of 648,000 online searches about cryptocurrency each year.

At the other end in 20th place is Singapore seeing an average of 61,200 online searches relating to cryptocurrency each year.

Through analysing search volumes, experts at Invezz.com were able to rank the world’s most Googled concerns surrounding cryptocurrency, for which an expert at Invezz.com provides the  answers:

(1) Is cryptocurrency safe?
Yes, cryptocurrency is safe. In fact, it’s arguably safer than any other form of money. All funds stored in cryptocurrency are secured by blockchain technology and a reliable record of ownership. On top of this, cryptocurrency wallets are so well encrypted that they are virtually impossible to hack into. Your only concerns should be the same as with any personal finance accounts – keep your account passwords and wallet private keys safe and your funds will be protected.

(2) Is cryptocurrency a good investment?
There are definitely good investment opportunities around and young people especially are hopping in and making a lot of money.

Bitcoin is among the best-performing assets of the past decade, and it’s clear that there is money to be made by investing in digital currencies. Cryptocurrency has forged its place in the financial landscape, and at this point, the question is one for each individual investor to answer for themselves.

(4) Why does cryptocurrency value drop?

Many reasons, news, usability, adoption, demand. The price of any publicly traded asset is decided by the buyers and sellers reaching an agreement on its fair valuation.

Cryptocurrency markets are notoriously volatile, just like any new market before it’s had time to mature. While the technology is clearly here to stay, nobody can say for certain what the long-term future of cryptocurrencies will be, and it’s that uncertainty which leads to a very reactive market prone to sharp swings.

(5) Why are people sceptical about cryptocurrency?
People are always nervous about change, and cryptocurrency poses a threat to traditional finance. The only real remedy for people’s scepticism will be time. Bitcoin was launched in 2008, but it is only in the last year or so that governments, large institutions, and companies have started to take it seriously as both a solution and investment class. While it’s been a long time coming, this is a positive step for cryptocurrency and bodes well for its acceptance by society as a whole.

See complete data attached and feel free to get in contact with any questions.