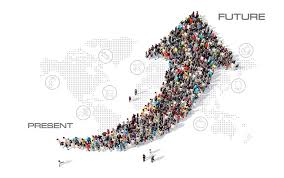 African Development Bank (AfDB) and regional development banks of Asia and Pacific have unveiled a Joint Report on Livable Cities which looks at urbanization trends across emerging and developing economies in Africa; Asia and the Pacific

The report, which disclosed that Asia and Africa will account for 90% of urban population growth between 2018 and 2050, with more than a third of this growth to happen in just three countries—the People’s Republic of China (PRC), India, and Nigeria, expressed fears on the ability of Africa to first address challenges such as inadequate infrastructure investments, pollution and congestion, and poor urban planning.

The report noted that rapid urbanization has provided most cities in the world with opportunities to provide more sustainable, vibrant, and prosperous centers for their citizens.

On Nigerian population, contrary to earlier believe that the high number is an asset, former CBN Governor and current Emir of kano, Mohammed Sanusi II, at a recent summit in Abuja made it clear that Nigeria population is longer an asset but a huge liability.

This he said is due to the fact that growth in population is not commensurate with rise in life sustaining facilities and urban infrastructure. Latest estimate of Nigeria population by the United Nations show that Nigeria is about 201m.

“Cities offer access to key infrastructure, institutions, and services for a good quality of life,” ADB President Takehiko Nakao said. “They can be centers of innovation for a more livable future for all.

But realizing that potential requires forward thinking and flexible planning, adequate capacity at the municipal level, and good governance.”

Nakao took part in a launch event at the IDB headquarters today in Washington, D.C., with the presidents of the other three development banks: Mr. Akinwumi Adesina of the African Development Bank,  Suma Chakrabarti of EBRD, and Luis Alberto Moreno of IDB.

While the majority of leading economic hubs are still in advanced economies, the center of economic activity is moving toward the developing and emerging markets, the report says

Although large and still dominant, megacities of more than 10 million people and national capitals are not the fastest-growing urban areas. Urban areas with fewer than 1 million residents account for 59% of the world’s urban population and are experiencing a faster growth rate across the regions, the report says.

President of the African Development Bank, Akinwumi Adesina said, “We are helping to open up rural areas to development as a means of reversing migration trends. To do this, we are investing in skill upgrades, creating jobs, providing access to SME finance for young men and women. Ultimately, we need to create livable and workable cities for the younger generation.”

The publication examines the types of policy interventions and approaches needed to promote competitive, inclusive, equitable, and environmentally sustainable and climate-resilient cities—four factors that taken together make cities “livable.”

“RDBs play an important role in identifying, distilling, and diffusing knowledge and actions that can accelerate progress toward creating more livable cities,” the report says. Making cities more livable is one of the seven operational priorities of ADB’s Strategy 2030. ADB’s Livable Cities approach puts people and communities at the center of urban development, and promotes strengthening urban institutions through holistic and participatory urban planning and sustainable financing, and use of data and digital technologies to improve urban services to the residents.