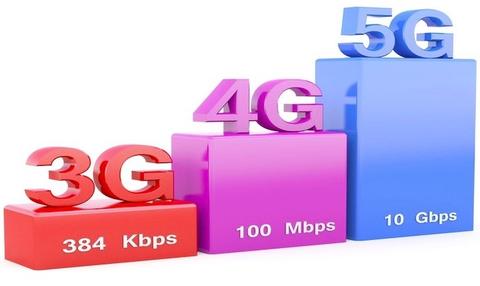 Part of the reasons why 4G uptake and quality of service have remained insignificant has been traced to the inability of the telecoms regulator, the Nigerian Communications Commission (NCC) to complete the auctioning of 2.6MHz it suspended two years ago.

This is as the executive vice chairman of the Commission, Prof Umar Garba Danbatta, has revealed that Nigeria was reserving 26, 38 and 42 GigaHertz (GHz) spectrum frequencies for fifth generation (5G) mobile broadband licencing.

Still on 2.6MHz, recall that in 2017, the agency auctioned the frequency in a circumstance and conditions which operators viewed as skewed to favour deep pocket investors especially MTN, which was the sole winner in about six slots as many other players declined interest siting exorbitant reserve prices.

Worried over the dearth of operators’ interest, NCC organized a stakeholder meeting in Lagos where industry players made it clear to the agency that it programmed the auctioning round to favour big players rather than carrying out the scheme on a level playing ground.

At the end of the meeting, NCC announced that it will review the templates it had used and come up with another auctioning round within a short time.

As at today, the said short time has extended to two years and nothing is being heard on the spectrum again from the agency.

On the 5G powered spectrum, Prof Danbatta explained in a paper titled:  ‘5G: The State of Play,’ presented at the recently – concluded International Telecommunication Union (ITU) Telecom World in Budapest, Hungary, said these frequencies exist and would be licensed them for any other application.

According to him, Danbatta said, “We are waiting in anticipation for the standardisation process to be completed at the World Radio Communication (WRC) in Egypt and then we can see how we can go forward with licensing process in the three frequencies I mentioned.

“The other important step that African countries are taking is to address new forms of social anxiety occasioned by this emerging technology, 5G. There’s also the regulatory anxiety. And therefore to do that, because of the practice we had in the past every service we deploy is normally preceded by proof of concept trial. And the 5G is not an exception. Definitely, there’s going to be the trial as preparations are underway for this important trial to take place.

ATCON plans evaluation of Nigerian telecom industry from 2015 to date