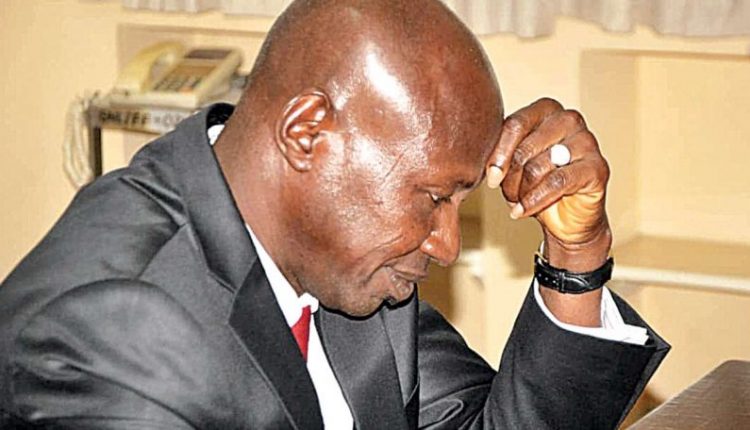 As all is set for the Ministry of Petroleum Resources to hand in the revised Petroleum Industry Bill (PIB) to the National Assembly in two weeks for passage into law, experts in oil and gas industry has called on lawmakers to introduce clauses that will disallow any anti-graft agency from detaining any arrested oil product bearing vessels beyond a given time.

Speaking in a telephone interview, a Lagos oil and gas consultant, Chief Emma Ukogu decried the sinking of two oil laden vessels due to delays by the investigating Economic and Financial Crimes Commission (EFCC) under its former embattled chairman, Mr Ibrahim Magu.

A report by the Presidential Committee on Audit of Recovered Assets (PCARA) said “A disturbing example is the two vessels that allegedly sunk at NNS Beecroft Naval BASE, Lagos and NNS Pathfinder Naval Base in Port Harcourt without trace under the watch of the acting Chairman of EFCC.

“The vessels named MT GOOD SUCCESS, MV PSV DERBY and MV THAMES were allowed to sink in spite of several warnings from the Navy on the need to evacuate the petroleum products in the vessels.

Industry analysts, who were in the know of the wasted vessels, put average cost of the losses to over $2bn (cost of vessels and product on board combined).

Speaking in an interview on ARISE NEWS Channel, the Minister of Petroleum Resources, Chief Timipre Sylva had hinted that transmission of the PIB to the National Assembly is now within 14 days, assuring that 2020 remains “the year of gas.”

According to him, on the passage of the Bill, Nigeria’s oil and gas industry would attract more investment.

He said: “It (the PIB) has not been watered down. I don’t know who has seen the bill. It’s still in draft. It has gone through several modifications. That’s the whole idea. You can’t change the laws very easily. “It tells you that when we are able to pass the bill, it won’t change for a long time because it has taken us about 20 years to get to where we are. It’s now ready to go to the National Assembly. But it has not been watered down.

Ghana rules out airport privatisation as Nigeria forges ahead amidst resistance