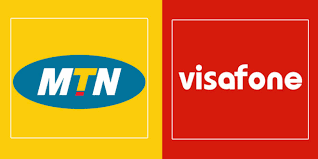 Reasons why the leading continental telecom giant, MTN Group strategically went for the Visafone acquisition are beginning to pay out in the Nigerian data segment.

Checks on the new active internet users’ statistics released by the Nigerian Communications Commission (NCC) weekend showed that MTN added the highest number of new Internet users to its network with 7.78 million users in the 10 months, increasing its subscription in September to 51.68 million from 43.9 million in December last year.

Closer review of the exceptional lead amongst others linked the feat to new Internet users on the 800 MHz spectrum which it inherited from Visafone acquisition which jumped to 83,210 at the end of September.

Business Hilights recalls that as at the time of completing the Visafone acquisition, a gang up of other main network operators (MNOs) rose in challenge, saying the buyover will give MTN an undue edge over them in terms of data service delivery.

In general, the figures released by the regulator showed that MNOs raised the bar of data services by attracting 11.15 million new active Internet users to reach 122.79 million in September this year.

The details further indicated that MTN, Airtel and Glo gained the highest number of Internet subscribers during the period under review while 9mobile lost some subscribers.

Whereas MTN stood on 7.78 million, it was distantly followed by Airtel with 3.44 million new Internet users, increasing its subscription to 33.20 million in September as against 29.76 million recorded in December.

From his London private visit base, Buhari assents amended PSC bill into law