Minister steps up campaign for use of CNG as transport fuel 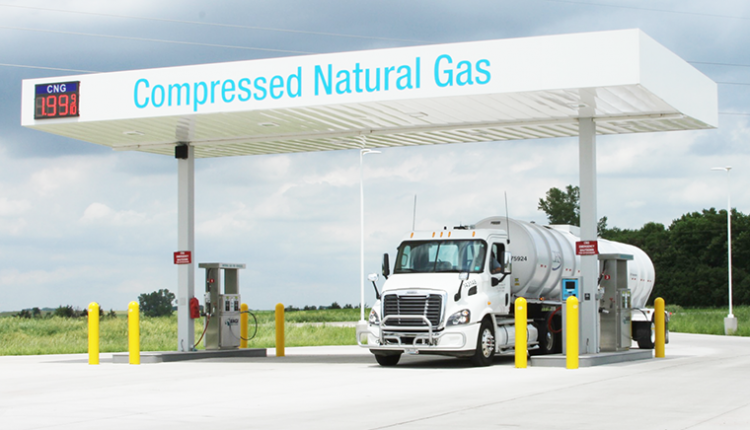 Giving insights on factors considered by the Federal Government in slashing the pump price of PMS from N145 to N125, Chief Sylva assured that “The Ministry of Petroleum Resources will continue to encourage the use of Compressed Natural Gas to complement PMS utilization as transport fuel.”

Fact checks by Business Hilights showed that CNG (methane stored at high pressure) is a fuel that can be used in place of gasoline, diesel fuel and liquefied petroleum gas (LPG). CNG combustion produces fewer undesirable gases than the aforementioned fuels.

In comparison to other fuels, natural gas poses less of a threat in the event of a spill, because it is lighter than air and disperses quickly when released. Biomethane — refined biogas from anaerobic digestion or landfills — can be used.

CNG is made by compressing natural gas, which is mainly composed of methane (CH4), to less than 1% of the volume it occupies at standard atmospheric pressure. It is stored and distributed in hard containers at a pressure of 20–25 MPa (2,900–3,600 psi), usually in cylindrical or spherical shapes.

CNG is used in traditional gasoline/internal combustion engine automobiles that have been modified or in vehicles specifically manufactured for CNG use, either alone (dedicated), with a segregated gasoline system to extend range (dual fuel) or in conjunction with another fuel such as diesel (bi-fuel).

Natural gas vehicles are increasingly used in Iran, especially Pakistan, the Asia-Pacific region, Indian capital of Delhi, and other large cities like Ahmedabad, Mumbai, Pune, Kolkata—as well as cities such as Lucknow, Kanpur, Varanasi, etc. Its use is also increasing in South America, Europe and North America because of rising gasoline prices.

In response to high fuel prices and environmental concerns, CNG is starting to be used also in tuk-tuk, pickup trucks, transit and school buses, and trains.