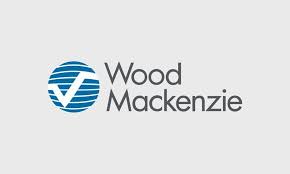 Strong indications have suggested that the high targets of the Federal Government in oil and gas exploration investments from deep pocket global oil majors may not come not necessarily because of the recently assented Deep Offshore/PSC Act, but the endless absence of clear cut petroleum Industry Bill.

Recall that the journey of the Petroleum Industry Bill (PIB) between the Presidency and National Assembly in the last decade had become a huge endless project, which analysts say has created a deep gap of trust between the government and international oil companies (IOCs).

However, whereas the Federal Government continues to show lack of political will to do the needful just the way it the Finance Bill overnight, latest report of a global research firm, Wood Mackenzie, showed that about $25 billion to $30 billion will be spent on oil exploration activities by hungry oil and gas investors.

However, the report made it clear that majority of the fat facility will head towards economies with open and very clear petroleum industry laws unlike Nigeria.

The facts contained in the group’s forecast released this week, noted that energy transition would put extra pressure on exploration, adding that 2020 would be key, as the sector moves towards low-carbon future.

Mackenzie’s outlook expected 500-600 wildcats to be completed during 2020, a development, projected to add around 15 billion barrels of oil equivalent resources, in line with industry performance since 2014.

The report recognised that exploration activities had been very low in Nigeria, adding that major projects are facing sluggish outlook due to regulatory uncertainties and tougher operating environment could further dampen the interests of credible investors.

Apart from indications that exploration activities would in 2020 face increasing pressure from energy transition arising from issues of capital discipline and portfolio high-grading, the next big challenge will remain rush for renewable and the trending shift to a low-carbon energy sources.

For instance a member of Wood Mackenzie’s global exploration team, Alana Tischuk, made it clear in his remarks that “Some investors are questioning the need to explore at all given the vast discovered resource base yet to be developed.

“However, lower-carbon opportunities very often have lower costs and better economics. The challenge is to achieve success at scale.

“Companies will drill in the hope of finding better resources than those they already have – lower cost barrels with a higher margin.” She said that while new opportunities exist, these large, valuable prospects lie mostly in new and emerging plays.

Ms Tischuk noted further that key oil majors may likely remain prominent participants in high-impact exploration plays as National Oil Companies like the Nigerian National Petroleum Corporation (NNPC), which are less exposed to investor concerns, may also be able to step up their exploration game.

According to Wood Mackenzie Report, whereas some companies may announce strategic move towards acquisition-led growth or new energy businesses, many will divest to gas resource investments as part of their readiness to key into the global transition to renewable and gas powered economy.