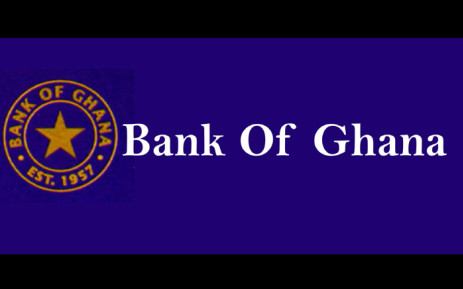 The impacts of negative inflationary trends bugging key economies in West Africa due to certain policy decisions so far taken have forced Nigeria and Ghana monetary policy makers to maintained rates status-quo in their meetings this week.

Otherwise, for fear of rising inflation traced to the unilateral policy of closing land borders, all the Committee members at the recent Monetary Policy Committee (MPC) meeting under the watch of the Central Bank of Nigeria (CBN), voted unanimously in favour of a HOLD, reflecting a neutral stance and retaining the; MPR at 13.5% asymmetric corridor of +200/-500 basis points around the MPR Asymmetric CRR at 22.5% and Liquidity Ratio at 30%.”

In Ghana also, the Bank of Ghana (BoG) in their MPC meeting within the week, also kept its policy rate unchanged at 16 percent for the fifth session in a row to check inflationary backlash coming from recent upward adjustment in administrative prices of electricity and water.

Addressing a press conference in Accra after the meeting, Governor of BoG, Dr Ernest Addison, said despite risks to the inflation outlook being broadly balanced, the Committee decided to maintain the policy rate at 16 percent while monitoring developments going forward.

According to him, headline inflation was projected to stay within the medium-term target of 8±2 percent over the forecast horizon even though it declined from 7.8 percent in August 2019 to 7.6 percent in September, and has since inched up to 7.7 percent in October.

Dr Addison added that “Inflation expectations for businesses, consumers, and the financial sector, appear to be well-anchored within single digits despite a slight pick-up in the Bank’s measure of core inflation (headline inflation excluding fuel and utilities).”

In the same vein, Nigeria’s CBN chief, Godwin Emefiele, in his address at the end of the meeting on Tuesday, expressed satisfaction about economic growth, wherein GDP expanded by 2.3% y/y in Q3-19 (vs.+2.1% y/y in Q2-19). The committee now expects faster economic growth in Q4, forecasting GDP growth of 2.2% for 2019FY.

On inflation: The committee was unperturbed about land border closure induced inflationary pressures, brushing it off as only an initial reaction to the border closure and in effect, only temporary.

On private sector credit: To further support the economy, the committee re-emphasized the need for increased credit to the real sector, while acknowledging the effectiveness of the recent LDR policies. Specifically, the committee stated that credit to the private sector grew by NGN1.10 trillion between June and October 2019, as NPLs dipped to 6.5%.

Further investments in Agriculture: In a bid to boost domestic agricultural production and bridge the demand-supply gap, the committee has developed a “Commodity Development Initiative” to finance 10 commodities across the agricultural value chain.

Specifically, the committee stated that NGN171.60 billion has been disbursed towards the production of 10 commodities including but not limited to rice, oil palm, cotton, and cassava, which received NGN53.40 billion, NGN34.80 billion, NGN40.50 billion and NGN11.40 billion, respectively unifying or unified .