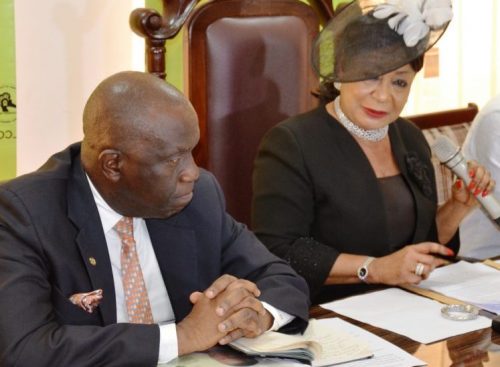 The leadership of Lagos Chamber of Commerce and Industry (LCCI), has observed a marked differences between realities and data churned out by government agencies on the performance of the economy, saying despite rise in growth and productivity indices, the economy remains fragile.

They raised the argument based on what they described as recurring challenges that continue to create concerns about prospects for sustainable poverty reduction.

According to the chamber, even though the budget has been passed, the buildup delays technically frustrated several investors and business operators in taking timely decisions since the beginning of the year.

Beyond the budget delays, LCCI stressed that other investment encumbrances including high cost of operations for businesses, insecurity, unfavourable policies, among others are major challenges slowing down economic growth which is determined by level of ease of doing business and sectoral activities.

President of the Chamber, Babatunde Ruwase, who spoke at an interactive session with select media executives in Lagos, noted that time has come for a clearer policy trust that will be serious with issues of poverty alleviation.

He disclosed that though the nation’s real GDP grew by 1.92% in Q4 2017, few sectors are currently contributing to the positive GDP numbers, necessitating the need to grow other sectors.

Ruwase noted that “Productivity and growth remains lower than desired and fragile; population growth is high at 3% per annum, raising concerns about prospects for sustainable poverty reduction”.

He identified the non-oil export segment as one of the sectors requiring government intervention and observed that exporters are complaining of access to the Nigeria Export-Import Bank (NEXIM) N500 billion fund.

LCCI boss recalled that “Early last year, an export facility was approved by the Central Bank of Nigeria (CBN) and NEXIM. Many applications have been submitted to NEXIM and the Central Bank for processing. We appeal to the CBN and NEXIM is to expedite the action on the disbursement of the facility”.

Ahead of concessioning, ISO begins audit of all four viable Int’l airports

Dangote emerges Most Valuable brand for 2020