Labour worried on why Panatmi remained mute on NIPOST’s uselessness 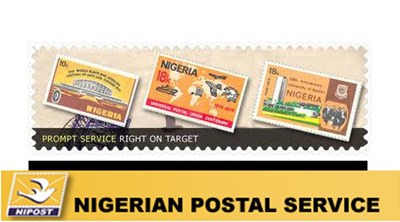 Whereas there had been serious argument that the Minister of Communications and Digital Economy, Dr Isa Pantami, may have engulfed the day to day running of Nigerian Communications Commission (NCC) and National Information Technology Development Agency (NITDA), experts and mainly the Nigerian Labour Congress (NLC) have raised question on whether the Nigerian Postal Service (NIPOST) is no more an agency under his watch.

This, according to observers stemmed from the minister’s silence on issuing revival directives that will help return to profitability, the moribund agency since the GSM revolution in Nigeria.

Only last week, the Senior Staff Association of Statutory Corporations and Government Owned Companies (SSASCGOC) kicked against plans to stop NIPOST from collecting N50 electronic stamp duty for denotation of receipts, documents and other instruments.

Unlike how his Ghanaian counterpart, Mrs. Ursula Owusu Ekuful, worked out a strategic policy directive that is now turning Postal Service in Ghana to money spinners, fact checks on any form of policy directive on reviving NIPOST since this year showed next to nothing.

But there seems to be a major inter-agency policy confusion brewing around NIPOST which the labour is clearly warning of its impending danger.

In a letter addressed to President Muhammadu Buhari, SSASCGOC alleged that the Minister of Finance, Zainab Ahmed, and the Federal Inland Revenue Service (FIRS), who were said to be behind the plan, were plotting to ‘kill’ NIPOST.

The letter signed by Mohammed Yunusa and Ayo Olorunfemi, President General and General Secretary of the union, respectively, clearly noted that the issuance of postage stamps was one of NIPOST’s core functions/mandates.

The group averred that “We have decided to alert you to the impending attempt by the Minister of Finance in collaboration with the FIRS to kill and bury NIPOST.”

While recalling that NIPOST had been a major hub for commercial activities for most towns and villages over the years, the union observed that stopping the agency from collecting stamp duties would undermine plans to revive the organisation.

“It is also currently involved in the payment of conditional cash transfer to the underprivileged in Kebbi, Edo, Ondo and Enugu states.

“These cannot work effectively if the attempt by the Minister of Finance to take away the collection of the N50.00 electronic stamp duty is not checked.”

The workers explained that at a meeting between the managements of NIPOST and the FIRS in 2013 over the full implementation of the Stamp Duty Act, it was agreed that both agencies should work together to ensure that the Federal Government did not lose revenue.

However, the union argued that allowing the sudden change in policy direction without recourse to the 2013 understanding will further frustrate ailing NIPOST.

Efforts to get the reaction of the Ministry of Communications and Digital Economy failed.

Business Hilights recalls that former Minister of Communications, Barr Adebayo Shittu, had tried to drive the unbundling of NIPOST into five major companies including a mega Microfinance Bank, but could not continue following his none recall as a minister under the second term of President Muhammmadu Buhari after 2015 election.