More remarks have continued to trail the recently released UBA Plc’s audited FY-19 numbers, which showed that the bank recorded a 14.6% y/y EPS growth to NGN2.52 for the fiscal year.

The major takeaway amongst other is that whereas the momentum which was witnessed through most of the year tailed off a bit in Q4, it wasn’t enough to pressure FY-19 performance as the bank recorded profitability growth of 13.3% y/y.

Industry analysts are upbeat that the bank’s performance is in line with expectations for FY-19, although there was a slowdown in the momentum witnessed over the first three quarters of the year.

Analysts at Cordros Securities averred that “While this was partly due to the increased credit impairment charges, it is signal of what we expect in the coming year as contracting margins weigh on profitability in the highly regulated environment. Our estimates are under review.” 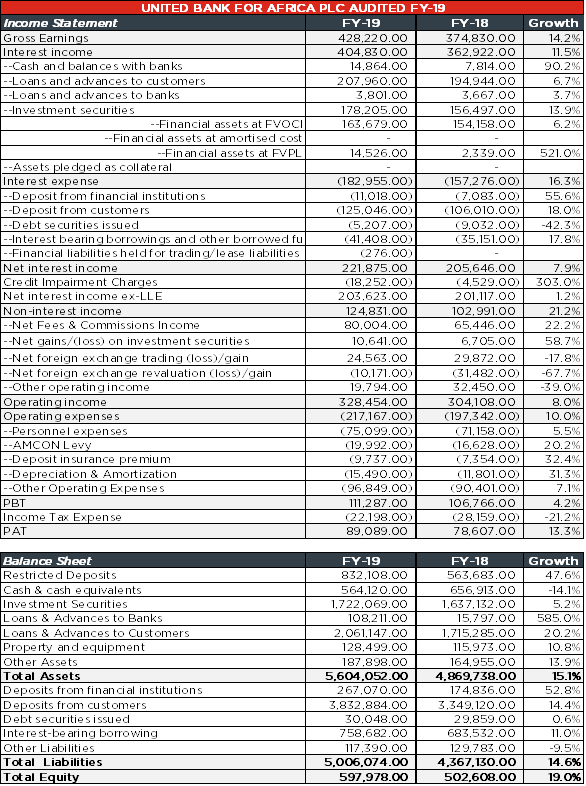 Just in: Another APC’s application forces S’Court to adjourn Imo ruling to Tuesday

Okeke rolls out manifestos on his Mandilas presidential bid

Ecobank Nigeria opens up on its Senior Unsecured $300 million bond