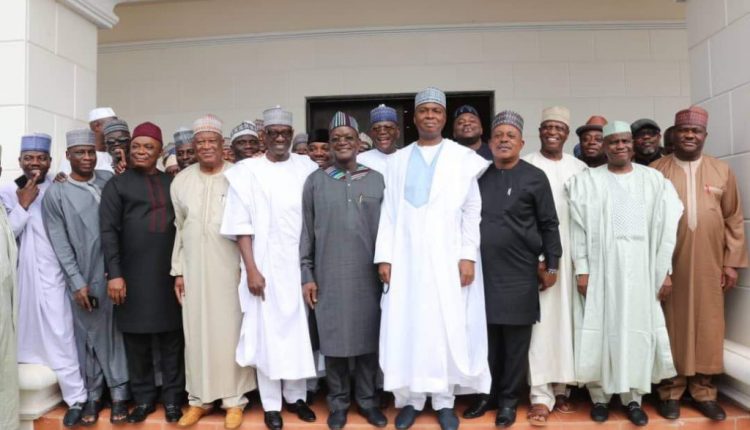 Ahead of the needed strategic galvanization of all angles to the effective functionality of the Coalition of United Political Parties (CUPP), all the aligning 39 political parties,  including the Peoples Democratic Party, Social Democratic Party, Labour Party and others on Thursday, unveiled the party’s secretariat in Abuja.

Business Hilights recalls that the coalition was formed with the aim of wrestling power from the ruling All Progressives Congress in 2019 last month after signing a Memorandum of Understanding to field a joint Presidential candidate to confront the ruling party in 2019.

Since the formation of the CUPP, defection-induced alignments and realignments have been on as 15 senators including the Senate President and 37 House of Representatives have moved to the PDP citing lack of internal democracy and tying their key evidence on the substantive court case challenging the results of the recent party national convention that produced Comrade Adams Oshiomhole and others as national executives and members of the National Working Committee.

It would be recalled that the Electoral Act as amended allows for defection for any aggrieved member of any party if there are clear cases of issues bordering on internal democracy either at the national level or state and local governments.

Unveiling of the CUPP head office preceded the NEC meeting which had the presence of President of the Senate, Dr. Bukola Saraki, who arrived the ongoing National Executive Committee (NEC) meeting of the PDP with rousing welcome along with three other defecting state governors.

The meeting is its 81st since the formation of PDP.

Besides, the unveiling of the secretariat further activated the creation of strategic committees that will drive the ship of the largest political alliance in Africa.

Some of the leading committees include the Blueprint/Manifesto Committee, Publicity/Media Committee, Strategy Committee and the Contact/Mobilization Committee.

Addressing party members, the Chairman of PDP, Prince Uche Secondus told every member to work together ahead of the new coalition and advised all state chapters to effectively welcome and made realignment process very easy for returning members to the party.

Some of the party bigwigs say the National Assembly may be reconvened as soon as more Senators that will give PDP leading votes defect.

Already, whereas the APC still maintain a slim lead with 52 senators, PDP is now with 51, leaving the rest six for other parties including ADC, APGA and others. Nigerian upper chamber is made of 109 Senators; three from each state and one for the Federal Capital Territory (FCT).

Why Globe Motors not producing to installed capacity—Oguamalam