Just in: Lafarge debunks shutdown of production at Ewekoro as WHO, NCDC visit

While Lafarge Africa and its host, Ogun state government confirmed that the n-COVID-19 contacts, including the driver who picked the concerned individual from a hotel in Ikeja and those who served him food and drinks are 39 from the 28 contacts earlier reported in the media, they however said that the production lines were not shut as the guest house where the Italian was lodged is 5-km to the manufacturing plant in Ewekoro.

Speaking at the Lafarge Africa facility in Ewekoro during an on-the-spot-assessment by Ogun state government team, Nigeria Centre for Disease Control (NCDC) and World Health Organisation (WHO), the Industrial Director at Lafarge Africa, Segun Soyoye, stated that the Italian came to Lafarge’s facilities in Ewekoro for a kick off meeting and his movement around the premises was not beyond the Lafarge guest house at Ishofin estate. Right after, the man was evacuated when he developed abnormal temperatures as initial vital signs indicated that he had developed symptoms of Coronavirus.

Soneye explained that “the concerned individual came for a business visit. He was in Lagos on Monday and slept at a hotel in Ikeja. While at our facility the following day, we observed abnormal temperatures and symptoms. We quickly instituted an Emergency Response Team led by the Country CEO and subsequently had to analyze and identify not only the Italian but also other individuals who made contact with him.  The contacts are now 39 and they have been quarantined. We have equally isolated the house, the clinic as well as the vehicles. Today is Day 3 out of 14 days and we will continue to observe them. We have a database, showing their bio-data and other information. We have a resident Doctor who checks them on a regular basis. So far everybody is stable, they are not symptomatic and we are providing everything they need”.

Continuing, he added that “we have equally resumed operations in our in-house clinic, initially used by the concerned individual following its closure. The clinic was disinfected and all the health care officials have been quarantined’.

Speaking on behalf of the Government, the Ogun State Commissioner for Health, Dr. Tomi Coker commended Lafarge Africa’s management for the quick and proactive measures taken so far, reiterating the importance of the commitment of the State and Federal Governments to contain the spread of the deadly disease.

According to the Commissioner, the Ogun State Government has activated an Emergency Operation Committee (EOC) to manage any development that may arise from the reported case of Coronavirus as the Government is working to contain the spread of Coronavirus in the State. 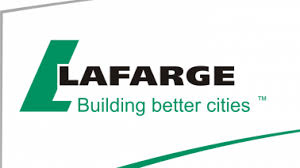 “We are on top of the situation. There is no cause for alarm. Our health educators are busy with advocacy efforts on the field. We are sensitizing our health officers too on preventive measures to adopt. We have all the required interventions to contain the situation. Members of the public should remain calm,” Coker said.