Just in: Key grounds upon which tribunal ruled that Buhari won 2019 election 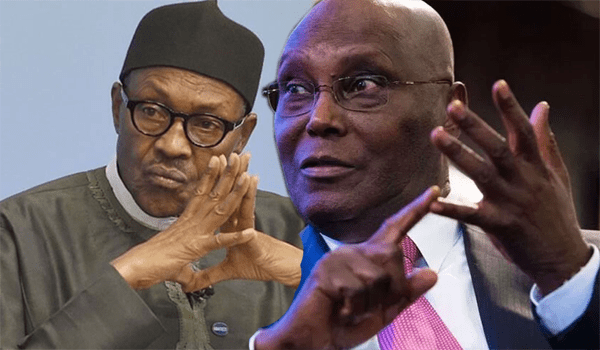 The Presidential Election Petition Tribunal seating in Abuja has pronounced the election of President Muhammadu Buhari on March 23, 2019 as valid in all judgments of the five Justices.

Recall that the Peoples Democratic Party (PDP) and its presidential candidate, Alhaji Atiku Abubakar had approached the election tribunal with a petition challenging amongst others, the eligibility of All Progressive Congress (APC) candidate, Gen Muhammadu Buhari, insistence that INEC used electronic method to transmit results and that elections in listed 11 focus northern states were marred with irregularities perpetrated by the election umpire and security agencies.

However, the tribunal ruled in consensus as follows;

That President Muhammadu Buhari was eminently qualified to contest the Feb. 23, 2019 presidential election based on evidences provided by a 77 years old witness called in by Buhari becuase words of elders are words of wisdom;

That Buhari did not give information in an affidavit submitted to INEC concerning his academic qualification;

That petitioners’ Witness 59, who was brought from Kenya, did not show cause to be seen as a professional in data analysis or there was an INEC server even though he relied on a mere third party whistle blowing which cannot be accorded relevance in law;

That otherwise, PW59 relied only on hearsay information about the said INEC server posted on a website, www.factsdontlie.com whose owner or superintendent cannot be ascertained;

In all, the tribunal ruled that the petitioners failed either in the main or alternative to prove their cases beyond reasonable doubt and awarded no cost to the defendants.

The lead Justice, ML Garba, congratulated all the parties’ legal teams for being witnesses to the longest court seating and longest court ruling in the history of Nigeria’s jurisprudence.

Lead counsels to all parties took time to express their views on the document even as Dr Livy Uzokwu pleaded on the court to hasten the readiness of the judgement copies for critical studies and analysis. The judgement ran for nearly nine hours.

Already, the PDP in a swift response, rejected in its entirety the ruling of the Tribunal and has given indication to apporach the Supreme Court.

Marking a national day for Identity without ID Card confusing—Nigerians