Just in: How Lyon’s deputy forgery ‘virus’ gave Bayelsa back to PDP at S’Court 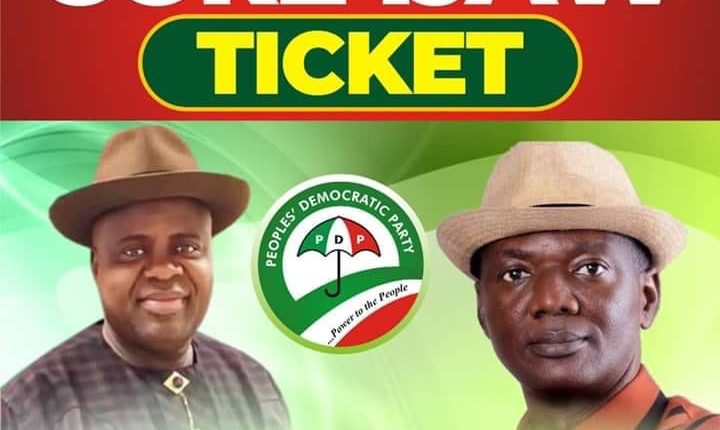 The Supreme Court Thursday nullified the election of Bayelsa State governor-elect, David Lyon of the APC on grounds of his Deputy, Biobarakuma Degi-Eremienyo, who was proved beyond doubt that he forged certificate submitted to Independent National Electoral Commission (INEC) ahead of the election.

The scenario that confused Supreme Court justices are embedded in the myriads differences in names that appeared in all his certificates submitted to INEC which never tallied.

The court therefore ruled that based on none qualification of his deputy, both are disqualified and ordered INEC to issue certificate of return to the next highest winner in the November 16, 2019 governorship election which is the PDP.

Business Hilights gathered the judgement of the Supreme Court forced APC handover inaguration committee to end on going swearing reharsal at the Yenagoa Staduim where Chief David Lyon was practicing how to take salute as new governor on Thursday.

The seven-member committee of the Supreme Court chaired by Mary Odili held that once a candidate submits a forged certificate for an election, he is deemed not to have contested in the election at all, hence its decision to award the certificate of return to the party with the second-highest number of votes.n.

Accordingly, the new judgement gave lifeline to the candidate of the Peoples Democratic Party, PDP having scored 143,172 votes with two-third spread across the eight LGAs, has therefore, emerged winner.

With the turn of events, findings at the Bayelsa State Government house showed that whereas the APC has abruptly suspended takeover activities based on the Supreme Court ruling, the Governor has flagged off preparation for the swearing in of Senator Douye Diri and his deputy tomorrow, February 14, 2020.