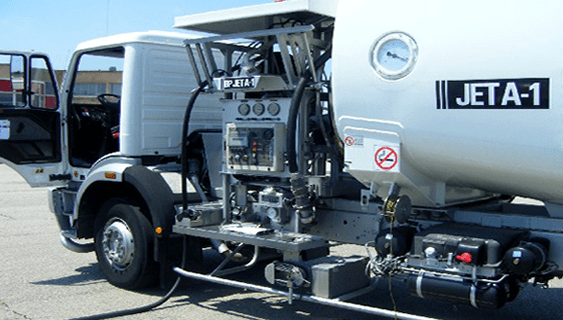 Checks weekend across several domestic airports in Nigeria showed geometric rise in the pump price of aviation fuel (Jet A1) as the price per litre jumped from a previous average of N230-250 to N270 without any form of preliminary indication of hike.
The development, which the Minister or relevant aviation agencies are yet to comment on has forced fare changes on major routes by airlines even as some are yet to change their ticket pricing templates as at Sunday evening.
Though investigations within Lagos aviation fuel depot, Ikeja, over the weekend showed that there has been a marginal price increase in pump price of Jet A1, swinging between N215 and N216 per litre from a previous pump price of N207, outside Lagos, the story is disturbing as some airports (names with held) sell as high as N270.
However, one of the dealers in Lagos who spoke on grounds of anonymity confided in Business Hilights that oil marketers had increased the pump price of Jet A1 by about 25 per cent since the beginning of this month and it is not within our purview to control airlines on making adjustments in their ticket pricing templates.
The dealer said with the negative dynamics in Jet A1 imports and rising landing costs, there is no guarantee that outside Lagos, airlines can get fuel as a salutary pump price especially in airports like Abuja, Owerri, Uyo, Kano and even Kaduna.
Continuing, the dealer said “Rising or dropping pomp price of Jet A1 should not be a big issue because the sub-sector had long been deregulated. The only challenge we have is that local refineries which had been trying in complementing imports have dropped further in refining capacities.
“We are not being forced to import from EU and America and when you weigh associated costs of import and landing cost, you can never sell at the same pump price with what we get from local refineries.
He also averred that unlike PMS that is regulated with the bridging cost borne by the government, aviation fuel import costs is 100 per cent paid by depot operators, hence we do not have any buffer to encourage us selling what we have been selling even though we are not happy that the burden is passed onto air travellers.

Bajaj Auto fortunes in Nigeria may nosedive over ban on Okada, Tricycle