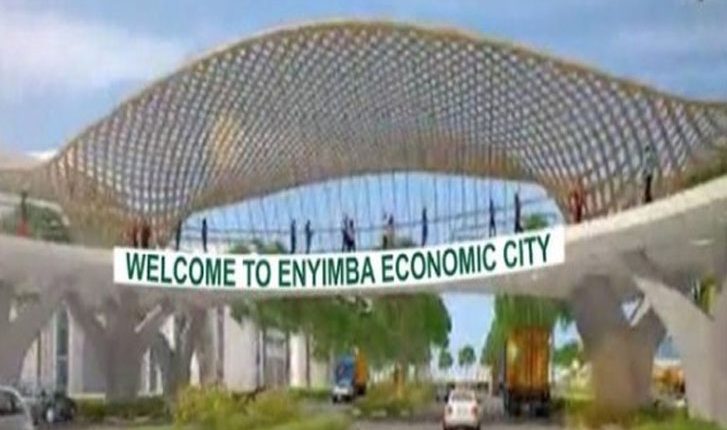 Even as the 2019 Africa Investment Forum (AIF) in Johannesburg, South Africa has come and gone, mileages secured by several African governments and even corporate bodies remain newsworthy.

In Abia State, the international summit presented yet another window of which the State Chief Executive, Dr Okezie Ikpeazu internalized to win more investors into the massive multibillion naira Enyimba Economic City (EEC).

Before now, statistics show that Nigeria is yet to gain from funding opportunity provided by the AIF.

However, 2019 provided the best opportunity as four Nigerian projects including EEC and Lagos Chemical to enjoy funding.

AIF had been a market place for project developers, investors, borrowers, lenders, policy makers and public- and private-sector investors to encourage investment in Africa.To attract funding for Africa projects, the African Development Bank launched the inaugural Africa Investment Forum in 2018.

Besides, the forum is an innovative, multi-stakeholder transactional marketplace conceived by the African Development Bank, aimed at raising capital, advancing projects to the bankable stage, and accelerating financial closure of deals.

Business Hilights gathered that during the summit, the governor secured the nod of the African Development Bank (AfDB), private investors and other multilateral financial institutions for investment of N15bn ($430m) to fast-track the development of Enyimba Economic City (EEC).

Recall that the ECC is a proposed free-trade zone, with independent business registry, labour law, banking regulations and more, located on over 9500 hectares of land in the oil-producing communities of Abia State, between Aba and Port Harcourt.

Though the project is privately-led, stakeholders include the local community, the state government (Abia State), the Federal Government and investors.

Additional details and statistics show that advisers and financiers of the EEC include the African Export-Import Bank, African Development Bank, and the International Finance Corporation.

Analysts say the EEC would boost Nigeria’s participation in the Continental Free Trade Agreement (AfCFTA) as it would among other things, create not less than 700,0000 jobs within 10 years.

Governor Ikpeazu revealed that Olam International, one of the world’s leading food and agri-business companies, has already signaled its interest in establishing a textile factory in ECC.

Business Hilights recalls that only last month, EEC won the first Charter Cities Business Plan Contest for 2019 with a cash prize of $25,000.

Otherwise, the scheme beat several other participating cities from around the world including Blackstone Charter Cities of Australia and Novgorod New Hanse Town of Russia, which came second and third respectively.

EEC is a 9464-hectare Greenfield Charter City. It will connect the nine states of South-East and South-South Nigeria, with a population of about 60 million, turning the area into a global business hub.