Not too cheering news on how tanker fires ravaged parts of Onitsha markets and other parts of the country last have raised an issue urgent national transport safety importance.

Many Nigerians who spoke to our correspondents on the intractable nature of bad driving habits of drivers of articulated vehicles and the state of several heavy duty vehicles and tankers plying Nigerian roads traced the crisis to the blind eyes of Federal road Safety Corps (FRSC) and Vehicle Inspector Officers (VIOs) on highways.

Respondents in unison agreed both FRSC and VIOs have sold their consciences in checking roadworthy trucks and tankers on highways.

Many aggrieved Nigerians’ argued that people who are drunk, underage and on hard drugs and with no driving licence will drive faulty trucks and commercial buses recklessly across the country, killing people and burning property, but FRSC, VIO and police will overlook them and be busy harassing good-looking private cars which have lower risk of causing multiple deaths and fires.

On the other hand, there had been yet to be proved but recurring allegation of tanker drivers contributing monthly block money which is paid as bribe to the agencies for easy passage on highways and that is why the officers are fond of overlooking all forms of articulated vehicles on highways rather, pursuing new cars for checks and possible impoundments.

Before the last week’s double tragedy at Upper Iweka which razed shops and killed many from Upper Iweka down to Ochanja market plus another similar tanker fire on the same stretch within 48 hours further show clear case of official complications on the side of FRSC and VIO who usually inspect and pass the rickety trucks on highways. 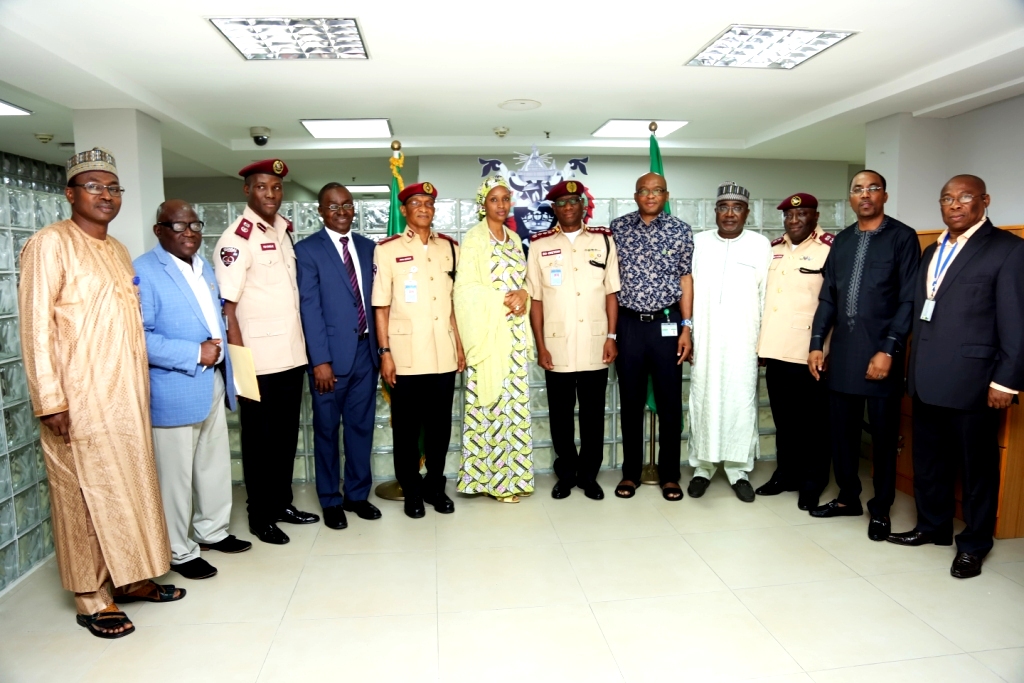 Recall that one of the crisis that embarrassed the Presidential taskforce on sanitization of Apapa gridlocks was bribery allegation which the field officer of the taskforce, Mr kayoed Opeifa struggled to countenance even though the results of the presidential taskforce remains a failure because tankers are still terrorizing the axis.

Besides, only last year, an overloaded petrol tanker that was converted from an oil rig could not climb the hill at Otedola Bridge. It rolled back, fell and burst into flame, causing havoc. Some years ago a petrol tanker ran into people at Onitsha and killed many people after bursting into flames.

In different parts of the country, it is the same story. Commercial buses move around without trafficactors, headlamps, brake lights, wipers, spare tyre, speedometer, side mirror, windscreen etc.

Yet no agency, especially FRSC and VIOs stops them or gets them off the road, so as not to cause the death of others.

There had been serious allegation that the best both agencies do is to collect bribes from them and allow them to go on killing the masses and burning both federal and state roads built with taxpayers money.

Analysts who reviewed the double inferno last week in Ochanja Market Onitsha say the scenario clearly opened up on the state’s disaster unpreparedness.

Unfortunately the tanker fires are coming less than one week the state government commissioned well over 100 security fighting vehicles but without a single fire fighting truck.

No doubt, reports from both incidents at Onitsha showed that due to no fire brigade on hand to control the fire, billions of naira became ashes within minutes. By the time the fire brigade from neighboring Delta State could arrive, there was little or nothing to save.

But this is not the first time such is happening. For some of us who grew up in the commercial city of Aba, it was deja vu all over again. Many times, in the 1980s and 1990s some sections of the Ariaria International Market were razed by fire –despite Aba having two fire service stations, one in the market and another in Constitution Crescent. We would always learn later that the fire service stations had no water and thus were helpless.

In those days help always came from the fire service in Owerri. With good road, Owerri to Aba is about 45 minutes’ drive and over an hour on bad roads. Given that the road has been largely bad since the late 1980s, you will appreciate the damage a raging fire will cause in Ariaria before help will come from Owerri.

Sometime in the early 1990s when a section of Ariaria was flattened by fire and the usual thing happened, Aba residents got angry and burnt down the two fire service stations in the city. To them, since the stations served no purpose there was no need to still have them. I do not know whether these fire service stations have been rebuilt today.

The population of Aba has kept growing over the years, with many new suburbs emerging in all its cardinal points. Yet, I have never heard of a new fire service station built anywhere in the city.

This seems to be the case across Nigeria. For instance, in Owerri, Imo State, it appears that the fire service station in Wetheral Rd/Egbu Rd Intersection is the only one in the state. Many new suburbs have sprung up since that station was built, and the population of the city has also tripled since then, yet no new fire service station has been built in the city.

In Uyo, Akwa Ibom State, the story is similar. The city’s population has increased tremendously since 2004. From a seemingly glorified village, the city has become one of the most beautiful in the country, with new suburbs springing up everywhere. Unfortunately, the city, it appears, is serviced by only one fire service station – the one in Dominic Utuk Ave, Uyo.

Time and time again we have had petrol fires kill scores, still, the authorities do not see the need for having a functional fire service and ensuring that stations are built within a certain radius, as the norm in climes where leaders have heads on their shoulders and town planning.

As a matter of fact, the job of the fire service goes beyond putting out fire. They are part of larger emergency services and are also involved in all kinds of rescue operations. In the UK, they are called the Fire and Rescue Service. Their duties and responsibilities according to the 2004 Fire and Rescue Act are: Extinguishing fires in their area; protecting life and property in the event of fires in their area; rescuing and protecting people in the event of a road traffic collision; and rescuing and protecting people in the event of other emergencies.

Imagine the number of lives that would be saved in Nigeria if every local government had a functional fire service; if a fire station is built to serve a cluster of three suburbs in large cities.

SDGs: Sanwo-Olu calls for full use of Maritime resources