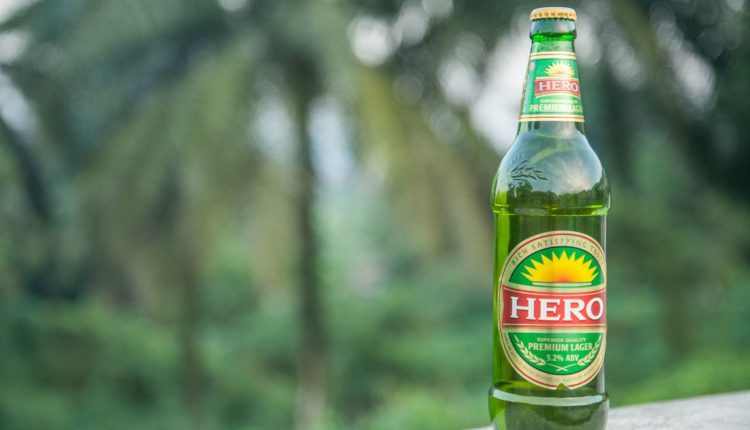 Fact check showed the first strategic move by AB InBev in assuming a commanding status in the Nigerian beer market was the deal with the Onitsha based brewery, the original producers of Hero beer, a beverage so dear to many Nigerians and popular across the divide.

Besides, the company went further to bring in a new plant which further changed the beer manufacturing narratives in the country.

Otherwise, Anheuser-Busch InBev NV clearly made a huge entrance into the Nigerian beer market in 2018, as it makes a stake in Africa’s second-largest beer market.

However, industry analysts say the entrance of the Belgian group into the Nigerian beverage sector may not have gone down well with other known competitors

Firms like Heineken-owned Nigerian Breweries and Diageo’s Guinness Nigeria Plc may have to do more to catch up in the highly saturated beer market especially when other competitors like AB InBev, are coming up with strategic rebranding processes.

Considering the turbulent nature of the Nigerian market, many analysts are eagle-eyed on the plans AB InBev has on the ground to succeed even as factors in favour of the company are huge.

Now known as the International Breweries, the shares have jumped 161 percent in the past year, Guinness Nigeria shares are up 19.79 percent while NB is up a mere 0.98 percent.

With that kind of growth, the brewer will be more confident in mounting a strong fight for a market takeover.

Business Hilights recalls that even before the 2018 move, in October 2016, AB InBev, the world’s largest beer producer, completed a $106 billion takeover of SABMiller, the second largest. That merger meant that one in three beers that are consumed will be coming from the giant brewer. That merger also resulted in AB InBev taking over the business of SABMiller in Nigeria, which has led to the merger between International Breweries Plc (based in Ilesha), Intafact Breweries Ltd (based in Onitsha), and Pabod Breweries Ltd (based in Port Harcourt) which would be completed next year with the final company to be known as International Breweries Plc.

Giving insights recently on increasing local production, the Managing Director of International Breweries Plc, Annabelle Degroot, disclosed that the completed “over $250 million” brewery in Sagamu in 2018, raised the visibility of the group’s products and has lift the company into an enviable command of the Nigerian beer market.

Following the takeoff of Sagamu plant, Anheuser-Busch InBev says it expects the total investment in its new brewery to be up to $400m.

Chief Executive of the company, Carlos Brito, made this known at a media briefing in Johannesburg in May, saying the $250m brewery, which had already started operation, would be expanded in phases.

According to him, “Nigeria (is) becoming a more and more important market as we grow in that market,” he was quoted as saying.

“I mean we’re growing double digits; we didn’t grow in the past as fast because we were lacking capacity and now that we have capacity, strong brands and (a) great group of people, we’re challenging the status quo there.”

The brewery, which was unveiled last year, is the company’s fourth in Nigeria after those located in Ilesa, Onitsha, and Port Harcourt.

At the inauguration of the facility, the Managing Director of the company, Annabelle Degroot, said the brewery would create 600 direct jobs and well over 2,000 indirect jobs along its value chain.

“While direct employment is very important to us, the impact of the multiplier effect that our breweries and business has on the economy cannot be over emphasised. Yearly, we buy over 30,000 tonnes of sorghum and maize and other raw materials locally. This will be significantly increased with the coming on stream of this new brewery,” Degroot said.