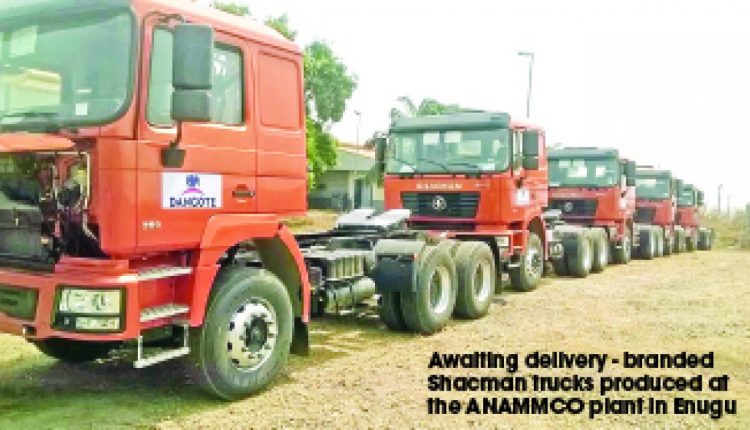 Contrary to speculations that the Nigeria-China currency swap agreement signed by both countries in 2018 is useless, Chief G.U. Okeke, who bought over ANAMMCO formerly owned by the old Anambra State, has testified the goodness of the swap deal.

Talking to Business Hilights South East Bureau chief during a `Road Show` within Enugu metropolis to showcase Dongfeng Trucks produced and sold by the company in Nigeria for West African market, the Sales Manager, Mr Olalekan Sanyaolu, said access to the currency swap deal has expanded the production capacity and partnership understanding with the Chinese firm.

Recall that the swap deal signed in July 2018, is a three-year agreement which allows both the Central Bank of Nigeria (CBN) and the Peoples Bank of China (PBoC) to swap a maximum amount of 15 billion Chinese Yuan for N720 billion.

Federal Government through the apex bank had then, explained that the aim of the agreement was to finance trade and investment between Nigeria and China, maintain financial market stability and facilitate other connected purposes as may be agreed upon by both countries.

Accordingly, Sanyaolu averred that the partnership with the Chinese company, Dongfeng, and ANAMMCO Ltd was also facilitated by the renewed synergy and co-operation between Nigeria and China.

In his words, “The recent direct current swap agreement between Nigeria and China as well as ease of getting Chinese currency further made the partnership possible.

“However, the Federal Government through the Central Bank of Nigeria (CBN) should ensure that businessmen and women get enough of the exchange to be able to complete business deals on time.

“Placing limit or making genuine investors have the Chinese currency in trenches slows down business.

“The CBN have to really work on this since the Nigeria-China relationship has started yielding positive fruits by the increase in employment and foreign exchange conservation by the bouncing back of ANAMMCO truck production lines,’’ he said.

While revealing that ANAMMCO had started the manufacture and sales of Dongfeng Trucks meant to stand rugged roads and work-load in Nigeria and entire West Africa, Sanyaolu added that “Dongfeng is one of the world leading truck manufacturers and number one in vehicle manufacturing in Asia for over 50 years dominance.

“Since Mercedes Benz pulled out of Nigeria; Dongfeng remains the only company that has a product (truck) that could match the manufacturing lines initially built on Mercedes rugged specifications.

“Dongfeng truck is very low emission vehicles unlike European vehicles and the tracks has high cost efficiency, strength, and durability rate as well as availability and guaranty of genuine spare parts with Dongfeng logos.

“It has a strong shock absorbing and spring system meant to carry loads, withstand rugged road and extensive use. The interior of the trucks are well-designed and air conditioned to provide maximum confort and other safety features.

“The spare parts and after-sales support services for the trucks can be gotten within metropolis of major cities in West Africa,’’ he said.

SDGs: Sanwo-Olu calls for full use of Maritime resources