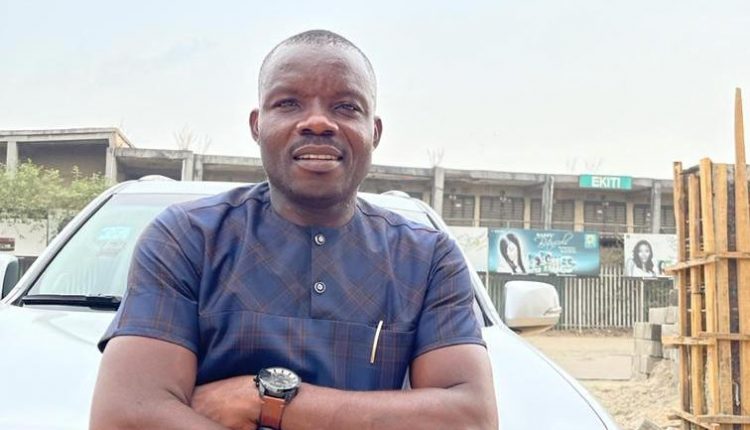 My name is Ike Magnus Ugo, an alumnus of university of Lagos and a stakeholder in trade fair complex. Without prejudice to anybody, I choose to write this letter. I am one of the young school leavers who chose to leave their professional career in the year 2000 to join the SME sector after the abandonment of governance by the actions and inactions of the Nigerian government. Since 2000, I had keenly studied the sadistic ferocity in which some leaders of the various association and some individual leasers in the complex had tactically and selfishly deviated from the original lease agreements of our founding fathers who coined out the concept of having ultra-modern plazas with a view to providing an enabling environment for local business entrepreneurs to interact, seek and partner with their foreign counterparts. Time, they say waits for nobody, it’s been 20 years since we came into the complex and the Nigeria story is still the order of the day in the complex. Things had fallen apart and of course the centre can no longer hold. Leadership at the various associations had become so lucrative that our anticipated business moguls had now abandoned their business acumen for political positions.

Who would bail us out of this coliseum remains a question that is begging for answers, answers nobody is willing to provide, and those who can are too weak to man-up to their responsibilities. I am a strong believer of James 4:17( anyone who knows the right thing to do, but does not sins), and on that premise I write this letter to you as a stakeholder. This is a clarion call to you to see the need to do the needful to liberate the complex and return it back to her original dreams of our founding fathers.

Answering a stakeholder is one thing but understanding the powers of stakeholdership is the key to our liberations. Who is a stakeholder?- once you are a lessor or sub-lessor of a direct allocation from the trade fair management automatically qualifies you or your heirs as stakeholders. This simply means that all the different associations and individual units are under the auspices of stakeholders and should operate under her rules of engagement. A situation where an association leader determines what happens in both their association and at the same time that of the stakeholders, leaves much to be desired. This had led some of the leaders to start seeing themselves as mini-god, simply because they occupy a particular elected or even selected office for a tenure that expires. Land Allocations are gotten from the complex management genuinely under the name of the association for cogent reasons but would be diverted for personal gains. These had led to serious impunity, gross embezzlement, bigotry, anarchy, tribal sentiments, racism, torsion and de-torsion of management approved building plans. The repercussions of these is that stakeholders are left at the mercy of government agency who now seize the opportunity to threaten, extort, detain and if care is not taken may lead to forfeitment  of innocent peoples hard earned properties. Under their leadership “substance” matters more over “issues”, there are more meetings on sale of land than meetings concerning welfare of her people; issues buttressing on trade and investments are never discussed, no comment made on members goods locked up at the boarder for more than one year 4 months, Tax officers and FIRS constantly robbing members for fear of defaulting in government VAT( VAT on an SME which are never collected), multiple collections by all kinds of units within the plaza; police, agberos, local government, unnecessary extortion by the leaders at their entrance gate all in the name of lockdown, gross manipulation of election and abuse of electoral process, non protection of patent right and ignorantly killing our youths from believing in their thinking faculty, selling of parking spaces and appurtenances thereby devaluing already existing structures, ignorant to banks non compliance to legal banking procedures and the murdering of businesses through incessant banks over-bloated interest rate, account officers collecting bribes to allocate ordinary form Q and even demand for kickbacks for government subsidized loans, using abridged Manual electricity bills to enrich themselves, dilapidated road networks which can easily be built by consortium of banks or even individual investors and constant allocation of containers and shanties thereby distorting the original beautiful plan of the plazas, deceiving us and going nocturnal by building two storey buildings in just two weeks of Christmas holidays, running of private/personal accounts outside the consent of her members by their financial representatives, manipulations of constitution and existing by-laws just to satisfy their political iberiberism. How do you justify it when a civil servant, the executive Director of Trade fair complex remitting over 1.5 billion in just two years to federal government, and most of our so called business leaders, whom were the benefactors of these leases having little or nothing to show for it in their various association accounts even though they sold higher. It’s really pathetic. BDC operators are regulated simply by ABCON, same applies to freight forwarders, NUPENG, PENGASSAN and even vulcanizers. The problem of the world is not about those that do evil, but of those of us who just sit and watch as if all is well!!!! (Sometimes due to material gain or fear of the unknown).

These” I don’t care” attitude of stakeholders had caused the stakeholders to leave the affairs of the complex to those whose genuine business presence cannot be ascertained, even where it exist you would only be flabbergasted at the level of their business acumen. In life you can not give what you don’t have, for you are what you know. While stakeholders sell goods and services to the public, these charlatans sell “us” as their own goods and services, a question of hunter been hunted. They determine all charges and introduce all kinds of levies at the detriment of those that provide even the air that they breath. These people develop what I call “illicit Business Cabals”and “God-fatherism”, they cut across all nooks and crannies of the trading environment: Ladipo. Alaba, Odu-Ade, Idumota, Coker, Mushin, in-fact all the market unions. The era in which the executives of these various asociations become the executives of the same stakeholders that would checkmate their does and don’ts, should stop. Becoming a president is not an automatic ticket to becoming a BOT or an impetus to change the constitution, every enacted laws should have a procedure, all protocols must be observed.

To fight these anomalies all we need is a functional institution, that is, a FORMIDABLE STAKEHOLDER’S ASSOCIATION (both at the complex level and within the various associations) whose primary duty is to govern and regulate the affairs of the running of the complex according to federal government enacted by-laws and administering its compliance by the different lessors no matter how big or small your allocation is in the complex. In life, When due process is followed at the end it would all make sense. We cannot all just fold our hands and shut our lips and pretend while suffering in silence.” A stitch in time they say saves nine”. If we really know our importance, we would realize that we can correct all these ills among others and also hold the management to provision of administrative office, hospitals, schools especially for adult education, strong representative at house of assembly for matters as it relates to trade, make demands from customs, FIRS, police, SON, CAC, Patent right, local, state and federal government. The business environment employs over 30% or more of the working population.Why are we not seeing that government needs us and not vice versa. How can stakeholders allow racism through tribal sentiments in a democratic setting. Divide and rule is a bad policy, how can a complex predominantly dominated by Igbos be separated into Nnewi, Imo, Enugu, Abia, G50, mbaneri,  OAU, Orlu, and the list goes on and on introducing systemic racism just to produce a political party that would be used to rig elections (parties in a trade union?). Just for the records, the tyre village is been managed by a Yoruba man, to some extent there is decorum there, even though they are made up of 98% Igbos. Leadership in APT in recent years have made positive changes, but what of the rest?. Whoever gave us the impression that my kinsman is the best man for the job remains absurd. People prefer people that speak with their pocket instead of their head, how can you give your wrist watch to a carpenter to repair and you are foolishly expecting accurate time schedule

In a nutshell therefore, this write up is not intended or directed at any particular person rather it points to each and every one of us who has a stake in the complex( no matter how little) and thinks that it’s none of our business to think otherwise!!. The essence of life is to help others, but where you can’t, at least don’t hurt them. A mother’s joy begins when a new life is stirring inside her, when a tiny heartbeat is heard for the very first time and a playful kick reminds her that she’s never alone. Let this call be the beginning of a new era, for “discretion is the better part of Valor”. James 4:17 I referred to is telling us that either by commission or omission we are part of the problem if we fail to profer solution, to be successful is not all about money, it’s when you feel right about what you have achieved through what you have done, either way we should be ready for the consequences of our actions or in-actions.

Anticipating your usual acknowledgment with thanks