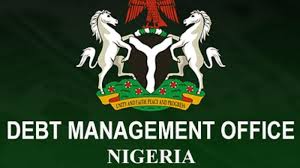 The Director-General of West African Institute for Financial and Economic Management (WAIFEM), Dr. Baba Yusuf Musa, has raised serious concerns at the level of Nigeria’s debt and argued that government’s increasing focus on debt servicing obligation is currently frustrating funding for infrastructure.

He said infrastructure funding in Nigeria had been given the back seat in the last five years and traced the weak economic development to lack of infrastructure that can power the economy.

Explaining more on why Nigeria’s debt profile has become intractable considering the latest height of N25.7tn, Musa revealed that “The interest rate that we pay on the domestic loan is far above that of the external loans. The average interest rates that we pay in the external debts at this moment is below seven percent (I think five percent), if you add the multilateral debt and the commercial debt together it’s below seven per cent. Average interest rates that we pay on domestic debt now are above 17 per cent, I think they are in the range of 20 per cent.”

“When you add the total, it is more than the $3 billion that the Federal Government is taking from the World Bank. So, I think our strategy should be that the Federal Government should find a way of reducing the domestic debt. Some of us have recommended that we should re-profile the debt. Re-profiling the debt means you borrow at cheaper rates from external and then clear up the domestic debt so that your debt service would drastically fall from 17 per cent to perhaps less than 10 per cent; to a single digit, to reduce the burden that you pay in terms of debt service.

“Now, Nigerians are concerned about external borrowing following the experience that we had prior to 2005 when we received debt relief. But as I mentioned earlier, we have a good institutional arrangement for a public debt management, and the public debt has changed from the way it used to be.

“You can therefore borrow from the external at this moment when the interest rate is generally low, offset the domestic market where you are paying high interest, and as you progress you do not need to hold the debt to maturity. So what you do is that if you reduce your domestic exposure and of course reduce your debt service payment, you can then reduce interest payments because what is happening now is that the high interest rates which Nigeria experiences even in the domestic market are as a result of the Federal Government borrowing and that is what is driving interest rates anytime the Federal Governments stops borrowing, we would see that interest rates would start crashing. We have seen it among almost all ECOWAS countries, where governments reduce borrowing and interest rates crash.

“Same thing in Nigeria, when you look at the portfolio of the domestic, more than 80 percent of it is owed commercial banks, because they are the ones buying the treasury bills. So, if I’m a bank manager at this moment, I can lend out my money to the Federal Government which is almost risk free and earn 17 per cent, why do I need to lend to the real sector.

So, it is in that regard that we look at it and say that even the domestic borrowing that we are doing is crowding out the private sector, because the banks feel it is easier for them, and cheaper to lend to the government rather than lending to the real sector,” Musa averred.

End of REMITA monopoly on TSA may begin today at Senate