FG to deepen domestic gas use, monetization of gas resource—Minister 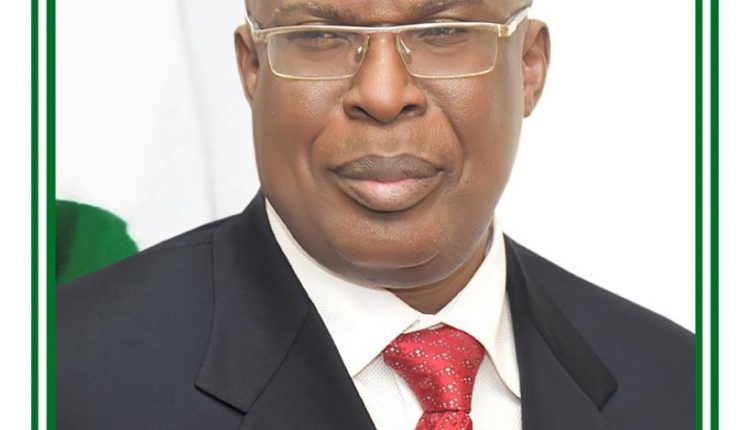 Speaking during a strategic media parley in Abuja, he said “As you are aware, natural gas has the capacity to transform an economy.”

“We have seen successful examples all over the world.  Qatar has the world’s highest GDP per Capita – its growth anchored on natural gas. Saudi Arabia has positioned itself as the world’s hub for petrochemicals, creating significant job opportunities and enabling industrialization of the country.

“Nigeria’s gas reserve is significant.  Nigeria current 2P gas estimate is about 202TCF with potential for up to 600TCF in undiscovered resources.  With the undiscovered potential, Nigeria could be in the same league as Iran, Qatar, Saudi Arabia and Russia.

“Recognizing the potential of our enormous natural gas resources and the unprecedented growth in domestic gas demand, the Federal Government of Nigeria through the Ministry of Petroleum Resources over the years has championed various interventions to stimulate gas utilization and monetization.

“This led to the Gas Master-Plan Policy (GMPP) initiative where detailed major gas infrastructure expansion and integration, gas supply development projects, revamp of the commercial framework for gas and tactical efforts to accelerate gas supply to Power sector, in addition to our gas industrialization strategy for investments in Fertilizer, Methanol, Petrochemical, CNG and LPG are fully stated.

Chief Sylva recalled that “This initiative is designed as the strategy to implement policy objective of the FGN for the elimination of gas flares with potentially enormous multiplier and development outcomes for Nigeria.

“The objective of the NGFCP is to eliminate gas flaring through technically and commercially sustainable gas utilisation projects developed by competent third party investors who will be invited to participate in a competitive and transparent bid process.

Backing up the Minister’s stand in an interview, the Technical Adviser to the Minister on Gas Business, who doubles as the Program Manager of NGFCP, Mr Justice Derefaka recalled that “The Federal Executive Council in June 2016 approved Programme,” adding that “The FGN ratified the Paris Climate Change Agreement, and is a signatory to the Global Gas Flaring Partnership (GGFR) principles for global flare-out by 2030 whilst committing to a national flare-out target by year 2020.”

“The FGN called for Expression of Interest (EoI) in the Nigerian Gas Flare Commercialization Programme (NGFCP) in November, 2018.

“Over 850 interested parties registered their interest in the NGFCP. 205 Applicants emerged successful and all 205 companies will be invited to submit their proposal for flare gas utilization through the Request for Proposals (RfP) phase of the NGFCP,” Derefaka averred.

Explaining more, the Minister told journalists that “The commercialization approach has been considered from legal, technical, economic, commercial and developmental standpoints.

“It is a unique and historic opportunity to attract major investment in economically viable gas flare capture projects whilst permanently addressing a 60 year environmental problem in Nigeria.

“About US$ 3.5 billion worth of inward investments is required to achieve the gas flare commercialisation targets by 2020.

“The analysis also shows that the NGFCP will deliver significant social and economic benefits to host communities in gas-rich regions of the Niger Delta, to investors and to the national economy,” Chief Sylva added.

Digitization now a critical component in oil and gas industry—Derefaka