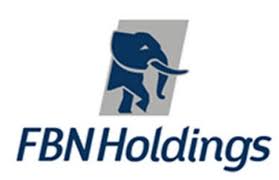 FBNH recently released unaudited 9M-19 numbers, which was decent and generally in line with expectations. Gross earnings declined moderately by 0.4% y/y, while profitability increased by 15.3% y/y given the decline in credit impairment charges.

However, income from investment securities increased by 12.1% y/y to NGN132.59 billion. Also, interest expense was flat in relation to the corresponding period of the prior year, settling at NGN112.03 billion.

This led to a moderate deterioration of the Holdco’s cost-to-income ratio to 78.7% relative to 78.5%, which is far removed from the industry-best level of 38.6%. Nonetheless, profit-before-tax growth was significant, settling at 17.0% higher y/y at NGN60.01 billion, while profit-after-tax also expanded significantly by 15.3% to NGN51.75 billion, following a 28.2% y/y expansion in income tax expense.

However, in the views of experts at Codros Capital group, the bank’s macro-prudential ratios are substandard, with only its liquidity ratio settled above the regulatory limit (36.8% relative to 30.0% statutory limit).

“While the Holdco’s performance is fair and the improvement in NPLs is laudable, we see no headroom for growth, given the bank’s CAR. Also, despite the fact that capitalization of FY profits would boost capital levels, impending capital requirements adjustments should see the bank coming to the market to raise debt. Consequently, we expect a naira debt raise in 2020.”

How Heritage Bank is driving entrepreneurial targets of Nigerian youths