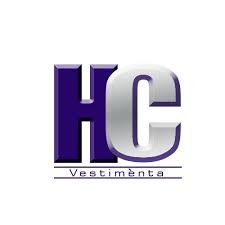 Budding under-30 CEO and founder/chief executive of promising fashion conglomerate, Mr Crystal Light has opened up saying amongst the world of starting new business in Nigeria, taking up carrier in fashion designing remains the cheapest.

Mr Light said he had delved into tailoring while in the university in 2014 after laying his hands on other ventures including photography, graphics designing and printing, to sustain life.

Giving insights in an interview in Lagos, he said “HC Vestimenta currently runs a garment factory, and provides bespoke tailoring services. We make uniforms for schools and organisations, including the National Youth Service Corps. We have a staff strength of 15 and engage more as ad-hoc staff when we have huge workloads.”

Continuing, he averred that “We deliver nationwide and also export finely made suits and traditional attire to the United States, United Kingdom and Canada.

The Project Management graduate of the Federal University of Technology Akure, Ondo State, added that the driving force in the business is more of a ‘business of expression’ than a profit-making one.

According to him, “The sewing machine has become domestic equipment which some young people grew up seeing and having access to. Fashion products are in demand everyday; people always want to look good and stand out, especially with social media platforms such as Instagram and Facebook to share their pictures.”

On the best way the government can drive entrepreneurship in Nigeria, Mr Light called for policies that will encourage start ups with than working on building massive industries that cannot be sustained by governments in the long run.