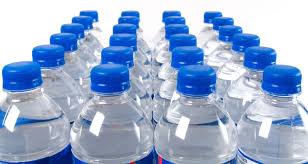 Leading economic analyst and head of research at Africa Environmental and Economic Peace Mission (AEEPM), Dr Anselem Ntigbu has called for an economic policy that will bar foreign investors in certain sub sectors of the economy as a way of building strong investment base for budding local investors.

He said the idea will among others, save indigenous investors from the horrific competitive advantage of foreign firms in sub-sectors ordinarily they should not come for.

In an interview with Abuja Bureau chief of Business Hilights on Sunday, Dr Ntigbu argued that “Some sub sectors like bottled-water should be left in the hands of indigenous players based on the fact that Nigerians have the technology and it does not cost much.

“However, with the way foreign firms have invaded the sector without any form of checks by policy makers, very soon, no Nigerian firm may remain in the industry due to unmatchable advantages of the foreign firms in terms of distribution logistics, intimidating technology, packaging stylistics and pricing.

“I say this because when the Federal Government failed to ban importation of candle at a time local manufacturers were doing well about few years ago, the dumping of candle forced prices to crash until local firms collapsed and closed shops.

According to him, “Today, no local firm is manufacturing candle and the price has gone up even beyond the reach of Nigerians”.

He argued that every nation struggling to survive must be able to reserve certain sectors for its manufacturers so as to boost domestic production base, saying such a policy remains better than unilateral closure of borders at a time the same government has rushed to sign AfCFTA.

Still on the need to reserve certain production sectors for the exclusive rights of Nigerians, there are signals that the apex government may have concluded policy plan to stop issuing licences for small-scale mining to foreign businessmen and companies.

Minister of Mines and Steel Development, Olamilekan Adegbite, gave the hint at a meeting with the Mining and Solid Minerals Group of the Lagos Chamber of Commerce and Industry (LCCI) in Abuja weekend.

The LCCI group had in a position paper they presented to the minister, urged the Federal Government to keep foreigners out of small-scale mining in the country.

Adegbite said he agreed with the submission that foreigners should not be issued licences for small-scale mining.

The minister explained that foreigners who were currently engaged in small scale-mining, most of whom are Asians, ventured into the business after buying over hitherto idle licences held by Nigerians.

Noting that the Federal Government was not happy with the situation, the minister said some of the Nigerians who transferred their licences to the foreigners had been arrested.

‘New IMF chief, Georgieva may be harder on Nigeria than outgoing Lagarde’