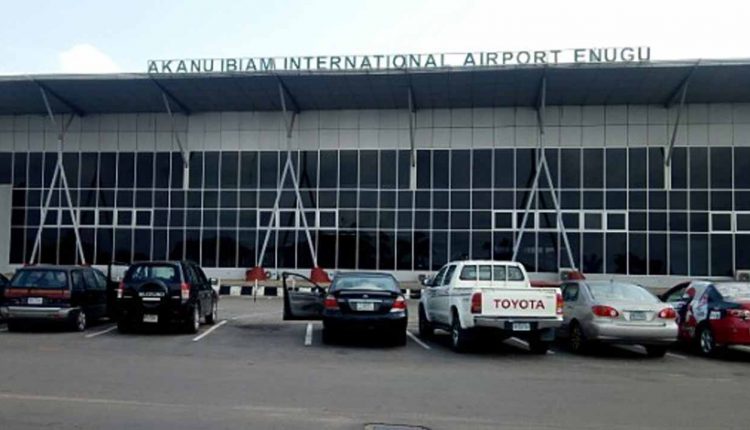 Barring any last minute hitch, indications have consistently shown that all reconstruction works going on at the Akanu Ibiam International Airport, Enugu will be completed before schedule in April, 2020.

Already, as part of the expanded packaging of the airport, the Nigerian Airspace Management Agency (NAMA), has upgraded the Instrument Landing System/Distance Measuring Equipment (ILS/DME) at the Akanu Ibiam International Airport, Enugu, to Category II.

Business Hilights South East Bureau chief reports that the feat was completed weekend with the installation of new landing equipment even as a successful site acceptance test on the equipment has also been conducted by NAMA engineers in Enugu.

NAMA confided in our correspondent that the process was in preparation for its calibration in the coming days.

Also coming alongside the upgrade to Category II, NAMA revealed further that it has also installed a Very Small Aperture Terminal (VSAT) for satellite communication at the Airport, in a bid to address communication blind spots in the Lagos South East corridor.

The Federal Agency explained that the Satellite Communication (SATCOM) node has further been integrated into the national satellite communication network, which is linked to the African Indian Ocean SATCOM Network (AFISNET).

As part of deepening the ongoing facility upgrade at the airport, NAMA added that linked to the VSAT is the newly installed Remote Control Air-Ground (RCAG) Very High Frequency (VHF) radio communication systems, which will among other things, ensure that Enugu has an extended VHF coverage on 127.3MHz frequency for Lagos South East sector.