End of REMITA monopoly on TSA may begin today at Senate 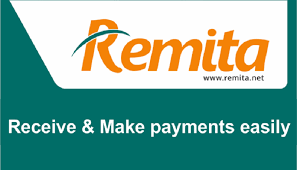 All things being equal and by virtue of last week’s official invitation, the management of SystemSpecs Limited, operators of REMITA, the digital platform driving Federal Government’s Treasury Single Account (TSA) will appear before the Senate Committee on Banking, Insurance, and other Financial Institutions today.

The letter of invitation signed by Chairman of the Senate panel, Uba Sani, advised the team to among other things appear with relevant documents, especially its audited accounts.

The invitation stemmed from series of high profile petitions against the technology firms bordering on the safety and security implications of having only one firm managing the income portal of the Federal Government from year to year.

In the wisdom of the petitioners, there are six major fear points against the continued monopoly enjoyed by SystemSpecs

The Senate letter made it clear that “The Remita platform enjoys a monopoly that creates an unhealthy environment for competition with other licensed FinTech companies.

“The current monopoly erodes the guarantee, trust and confidence local and international agencies that partner the government, have in the transparency and accounting reporting structure of government earnings and spending.

“This holds especially as Remita is privately owned and there is a need for a level playing field and accountability.

“It is established that SystemSpecs has a robust management team with well-structured ownership.

“However, there is always the felt need to constantly unveil this structure to ascertain and demean any risks that are usually associated with private firms. This committee is concerned with continuity.

“To accurately have a superior understanding on SystemSpecs’ position in a potential N20tn economy, kindly provide the following: audited accounts from 2015 with detailed collection and remittance reports for all MDAs for the past four years; any other relevant reports to support the renewal of your contract.”

However, the Senate Committee said, “We have been challenged with numerous petitions from different parties concerned about the imminent risks and possible perils that could bedevil and devastate the revenue collection systems of the government and cause irreparable damage.

“This committee has therefore carried out a review of these distress signals and we are largely alarmed at the gravity of these dangers.

“The dependency on Remita has flared up critical coercions that are of great concern to this administration.”

Though SystemSpecs reply from its Managing Director/Chief Executive Officer, John Tata, allayed the fears of the Senate over all the six risks, saying there is nothing so far to show fears of breaches or risks, proceedings today will determine a lot on the either the continued stay of the monopoly or break up that will usher in healthy competition for a better fintech services value to the government.

Business Hilights recalls that the anger of monopoly amongst other fintechs started since November 2018, when the company announced that individuals and companies using Remita to make payments into the Treasury Single Account (TSA) of the Federal Government would have to bear the costs associated with using the platform.

This followed Federal Government’s directive on immediate implementation of the global e-payment pricing system whereby the people making payments bear the costs for the service rendered.

The service charge was not any form of shortcoming to Remita as it had remained the sole platform for paying Federal Government since its implementation in 2015.

ALTON welcomes extension of Deadline to link NIN with the SIMs